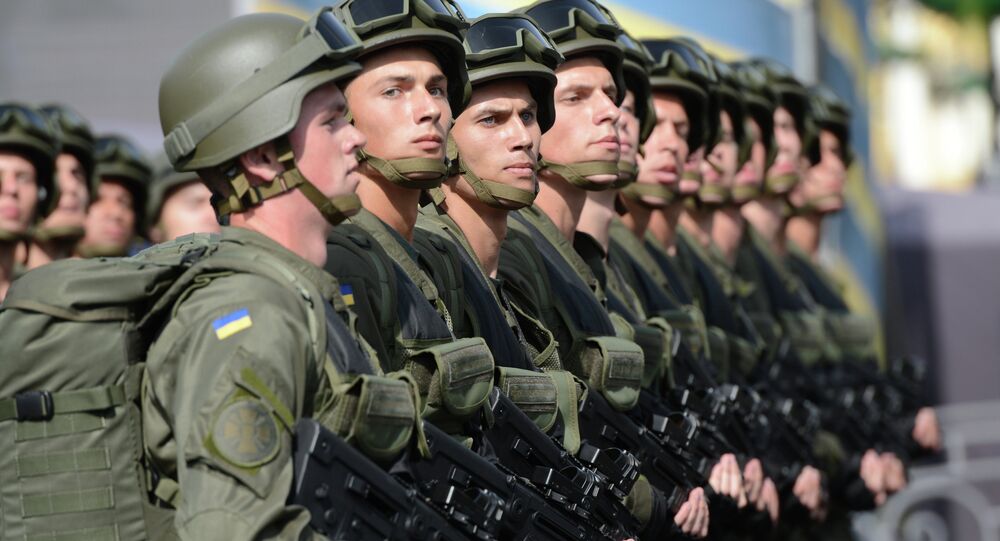 TEL AVIV (Sputnik) - Over 40 Israeli rights activists have asked the country's High Court of Justice to halt arms exports to Ukraine over concerns that the weapons might be used by forces with neo-Nazi beliefs, Haaretz reported on Monday.

The activists said the weapons could be used by right-wing groups that are part of the Ukrainian armed forces, referring to the Azov militia, in particular, the Haaretz newspaper reported. Activists initially turned to the Israeli Defense Ministry but received no response.

Lawyer Itay Mack, who launched the lawsuit, told Sputnik he would rather not talk about the issue with the Russian media to avoid having it discussed in the context of Russian-Ukrainian relations.

Moreover, a website of a military training school in the Ukrainian city of Dnepropetrovsk hints that some of the training might be overseen by former officers of the Israel Defense Forces (IDF).

Azov is a far-right group with a military wing that contains openly neo-Nazi members. It is widely accused of committing war crimes during the military conflict in Ukraine's eastern Donbass region.