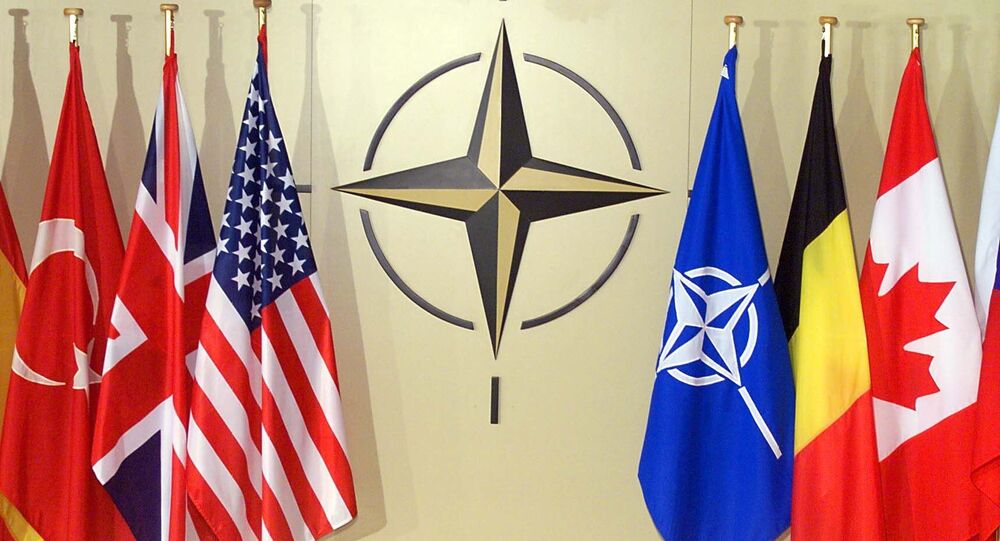 MOSCOW (Sputnik) - The United Kingdom has called on Germany to invest in infrastructure that could be used by NATO troops in case there is a need to counter US President Donald Trump's demands to spend more on the alliance, The Times reported on Monday.

US Defense Secretary Gavin Williamson would like Germany to buy more military transport, including helicopters, ferries and trucks, as part of a more creative approach to the defense budget, The Times reported.

German Chancellor Angela Merkel on the weekend reiterated that Berlin would increase its defense spending to meet the NATO-recommended target of 2 percent of the GDP.

© Sputnik / Alexey Vitvitsky
US to Use EU Stance on Iran Deal to Pressure NATO Over Defense Spending - Prof
Trump has repeatedly urged other NATO members to spend more on defense. According to the alliance's statistics from March, only Estonia, Greece, the United Kingdom, and the United States met the 2 percent target in 2017.

In late June, Trump repeated his complaints regarding EU members of NATO paying less than their fair share ahead of NATO summit, which will take place in Brussels on Wednesday and Thursday.

Germany was in the middle of the list with 1.22 percent of GDP spent on defense.