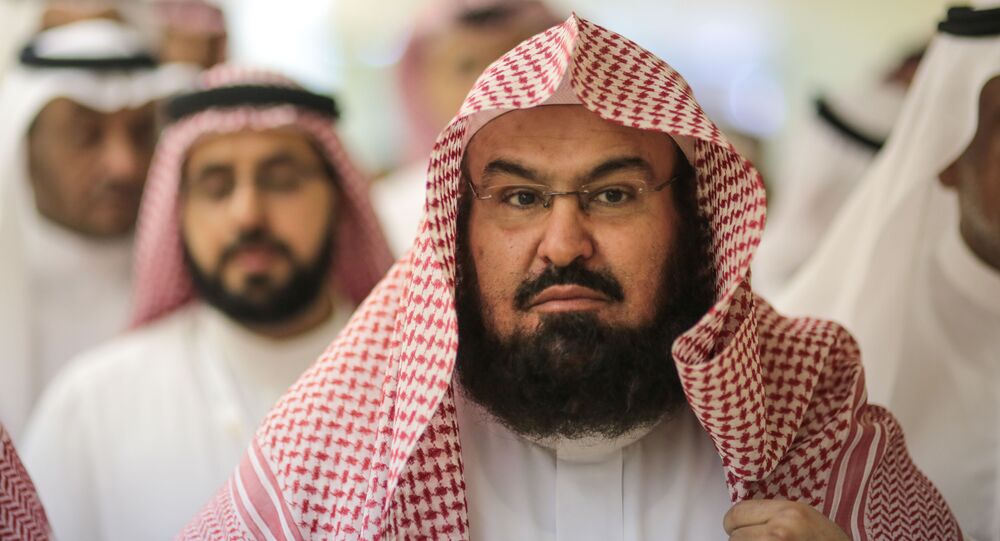 A senior Saudi imam found himself confronted by an angry parishioner who demanded answers about Riyadh’s actions abroad.

Abdul Rahman al-Sudais, an imam of the Grand Mosque of Mecca, faced poignant questions about Saudi Arabia’s policies and involvement in the ongoing armed conflict in Yemen as he was making an appearance in a mosque in Geneva, according to the Middle East Eye news website.

"Sheikh, I have a question. How can America and Saudi Arabia lead the nations of the world towards peace and stand over people in peace? How can you lecture us about peace while you boycott and starve your brothers in Yemen and Qatar?" the man inquired.

Sheikh Sudais, the Imam of the Grand Mosque in Mecca, is heckled for supporting Saudi Arabia's war on Yemen and the Qatar blockade pic.twitter.com/ASAzMV5otq

​He also went on to blast Riyadh for its alleged approval of “the 1992 coup in Algeria, the Egyptian coup and the Turkish coup, and accused al-Sudais of giving “Islamic rulings legalizing the killing of our brothers in Yemen.”

The imam had apparently decided not to address these accusations and attempted to leave the mosque while other members of the congregation had gathered around the man who had asked the questions.

According to the Middle East Eye, during his visit to New York in September, al-Sudais declared that the US and Saudi Arabia were “steering the world to peace.”

A video of this incident quickly went viral, with many social media users voicing their agreement with the questions addressed to the imam.

Totally agree with this man. Sudais has not spoken out against the atrocities commited by Saudis. He can not keep talking about Saudi Arabia being a leader of Islam when it murders innocent people every day

Let us remember what they have been doing to Libya, Iraq, Syria, Yemen, Bahrain & Egypt.

I support this brother. More should stand up and speak against our leaders who support the aggression,torture and killing of others. #Yemen #Qatar

Yemen: Stalemate on the Red Sea