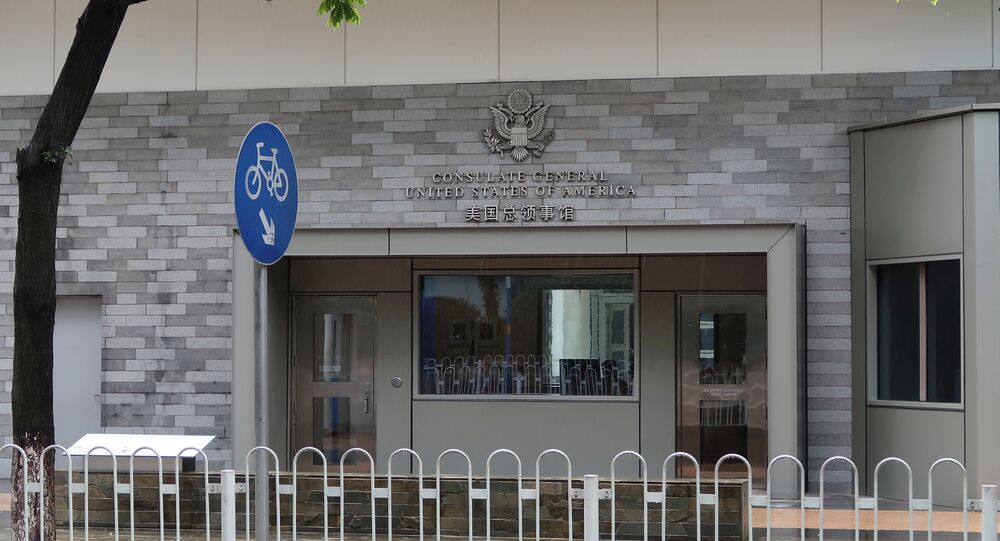 MOSCOW (Sputnik) - The US State Department evacuated eight more diplomatic employees from China after abnormal sounds or sensations were reported by the staff of the US Consulate in the southern city of Guangzhou, The New York Times reported.

The relevant information was provided to The New York Times newspaper on Saturday by an official, who spoke on condition of anonymity. According to the official, an employee from the consulate in Shanghai and two others from the embassy in Beijing were also sent to the United States for medical tests.

In late May, the US Embassy in China said it was looking into complaints by a diplomat who claimed he felt abnormal sensations of sound and pressure. Commenting on the issue, US Secretary of State Mike Pompeo said that the incident involved similar medical symptoms to the one that had occurred in Cuba.

© AFP 2021 / ADALBERTO ROQUE
State Dept: US Diplomats in Cuba Getting Medical Exams Following Sonic Attack
Last August, the State Department said diplomats working at the US Embassy in Cuba were affected by an incident involving a mysterious audio device. Media reports at the time said some of the diplomats suffered permanent hearing loss and possible brain injuries due to a sonic weapon. The Cuban government has denied any involvement in the incidents, launching an investigation into the issue. After the probe, however, no evidence to fortify these statements has been found.

In June, US Secretary of State Mike Pompeo announced that the State Department had established a task force to respond to the mysterious acoustic incidents overseas.