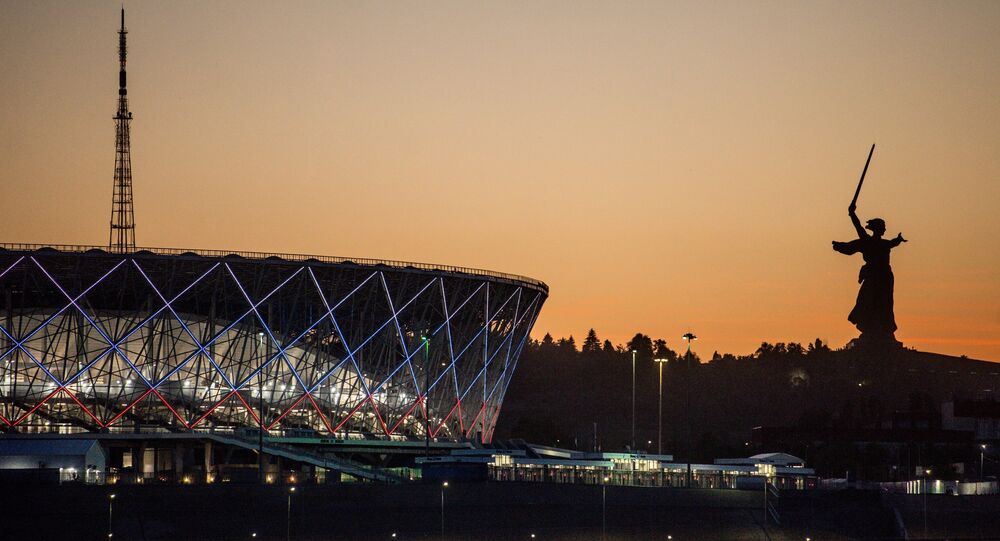 UK Businessman: My Friends Raving About How Friendly Russia is Amid World Cup

Graham Kentsley is an entrepreneur and philanthropist and who has long-standing ties with Russia. He is a qualified yachtmaster, whose journeys have generated immense interest. In an interview with Sputnik, Graham shared his impression of the World Cup in Russia and his sailing trips across the country.

English businessman, filmmaker and creator of the project “Englishman in Volgograd” Graham Kentsley is perfectly familiar with Russia, as he first came to the country back in Soviet times.

Since then he has regularly visited Russia and comes to the city of Volgograd at least for three months every year.

© Sputnik / Glebov Yury
Nearly American Volunteer: World Cup-2018 Is a Golden Chance to Return to Russia
He has been to many cities in Russia. In addition to the usual set of capitals, Kentsley said in a previous interview that he regularly visits Yekaterinburg, Irkutsk, Rostov-on-Don.

According to him, the FIFA World Cup has been good for Russia and its many cities.

“Football has been absolutely brilliant. If you just turn back the clock even six weeks when we had lots of difficulties in England over the political situation between UK and Russia, people were frightened to get on the plane to come to FIFA World Cup and now they have come and I have got some friends here who were absolutely raving about how Russia is open, Russia is friendly,” Kentsley said.

He went on to say that every commentator in the world is currently praising the organization of the tournament.

“People were becoming paranoid about Russia and Russians and I think this has done a fantastic job to alleviate their fears on that score,” the businessman added.

© Sputnik / Kirill Kalinnikov
'A Great Dream': Foreign Football Fans Raving About Moscow on Instagram (VIDEOS, PHOTOS)
Talking about Volgograd, he said that everything has been going smoothly. The city looks beautiful; trains are on time, getting in and out of the stadiums has been made very simple and convenient for fans.

He further spoke about how the city of Volgograd has changed in front of his eyes over the decades.

“It was a completely different world but it has gone through phases of change. Economically Volgograd is not very bright at the moment a lot of factories, some of the plastic factories here Red October is operating here on only 10 percent, tractors are virtually closed as well,” the businessman said.

However, he went on to say that all this hype around Volgograd will be good for its economy. Over the last four months, new infrastructure has popped up. A new airport, new roads; and generally, the whole city looks clean and green.

The views and opinions of Graham Kentsley are those of the speaker and do not necessarily reflect those of Sputnik.