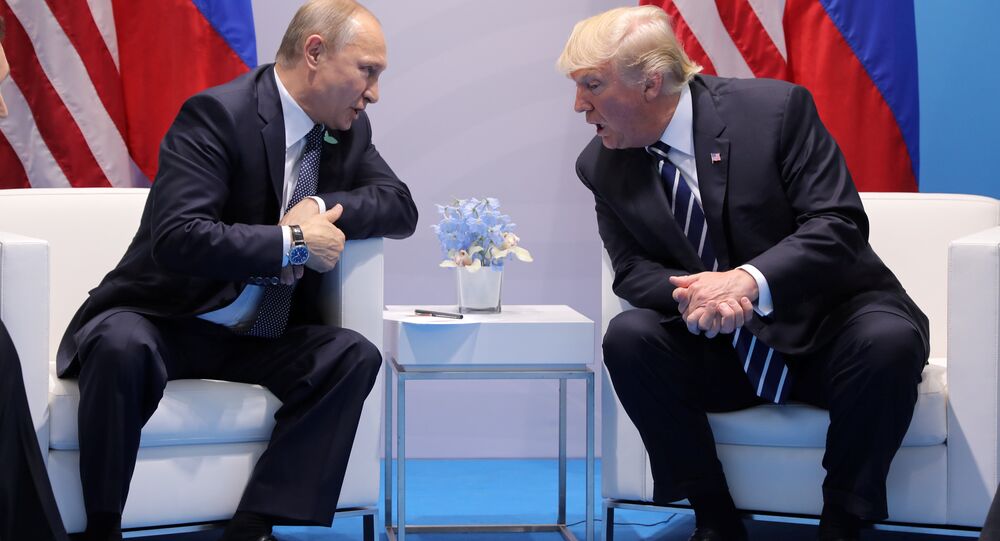 HELSINKI (Sputnik) - Russian President Vladimir Putin and his US counterpart Donald Trump, who will hold a bilateral meeting in Helsinki on July 16, will stay in Finland for one day only, Finnish President Sauli Niinisto said Thursday.

"The presidents will be [in Finland] for one day but the logistics of the whole visit will be worked out," Niinisto told reporters.

He also noted that Russian Foreign Minister Sergey Lavrov and US State Secretary Mike Pompeo would determine the location in Finland that will host the upcoming summit.

READ MORE: 'We Can't Be a US Lackey': Austrian Business Peeved by Anti-Russian Sanctions

The Finnish leader said that the agenda of the meeting between the leaders of Russia and the United States would be discussed within the next two weeks, adding that during the talks Putin and Trump would discuss the situation in Ukraine and the Syrian crisis.

"They will certainly discuss the overall international situation and hopefully also arms control and disarmament issues. Even small steps in reducing tensions would be in everybody’s interest," Niinisto added.

Niinisto mentioned earlier on Thursday that he planned to discuss the tensions in the Baltic Sea region, as well as the objectives of the exploration of the Arctic, including joint efforts in the fight against black carbon emissions, during his own talks with the two presidents.

"In my own conversations with the presidents I intend to take up our concerns on the tense situation in the Baltic Sea region as well as our Arctic objectives, in particular, common efforts to tackle black carbon emissions," a statement released by his press service read.

© REUTERS / Steffen Kugler
Ex-US Envoy to Russia Sheds Light on What Made Trump Turn to Putin Once Again
Earlier in the day, the Kremlin and the White House announced that Russian President Vladimir Putin and US President Donald Trump will hold talks in Helsinki on July 16.

Helsinki held many meetings between Russian and US officials. Just over the past year, talks between Russian Deputy Foreign Minister Sergey Ryabkov and US Under Secretary of State Thomas Shannon, as well as a meeting between Chief of the Russian General Staff Valery Gerasimov and Chairman of the US Joint Chiefs of Staff Joseph Dunford were hosted by the Finnish capital.