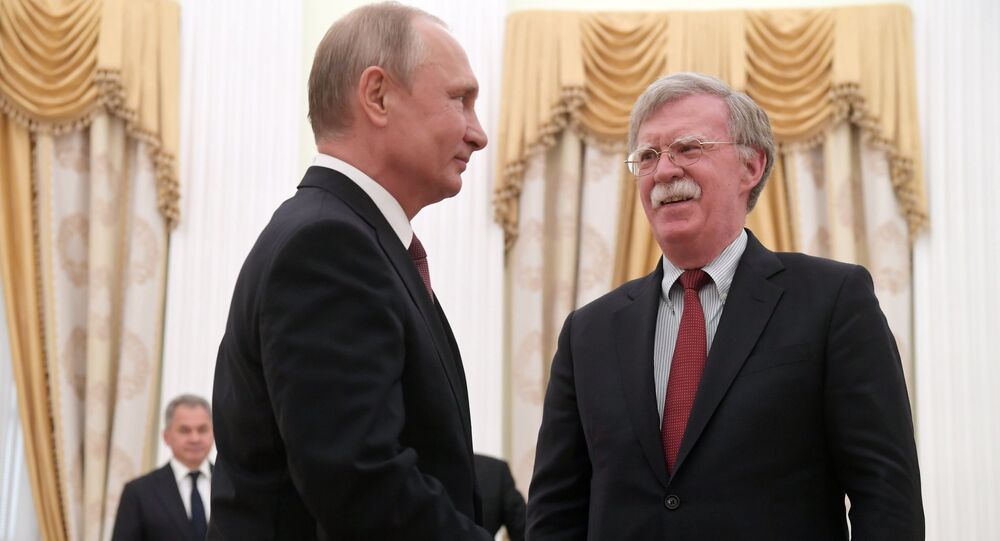 Upon his arrival in Moscow, US National Security Adviser John Bolton met with Vladimir Putin to discuss the upcoming summit between the Russian president and his US counterpart Donald Trump.

During a press conference following the talks with Putin, a reporter asked Bolton if the president had showed up on time, citing that “he was previously seen being late for meetings, for example, with Queen Elizabeth II and Pope Francis."

"I can either agree with you and say that he [Putin] really came on time, or I can tell you what time he came to the meeting, and then I will be to blame for calling him a latecomer," Bolton said diplomatically defusing the situation. "And since I do not want to show disrespect either to the Pope or to other people, I will refrain from answering this question," he added.

© REUTERS / Steffen Kugler
Trump Says Will Meet Putin Around Time of His Trip to Europe - Reports
The Russian president himself admits that sometimes he does not manage to start a meeting on time due to a busy schedule. At the same time, Putin once ironically said that he "is never late, but always comes just at the beginning of an event."

A Putin-Trump summit has been agreed to, its date and place will be announced later on June 28.

Kremlin on Possible Putin-Trump Talks in July: 'Not Ready Yet to Name Dates'