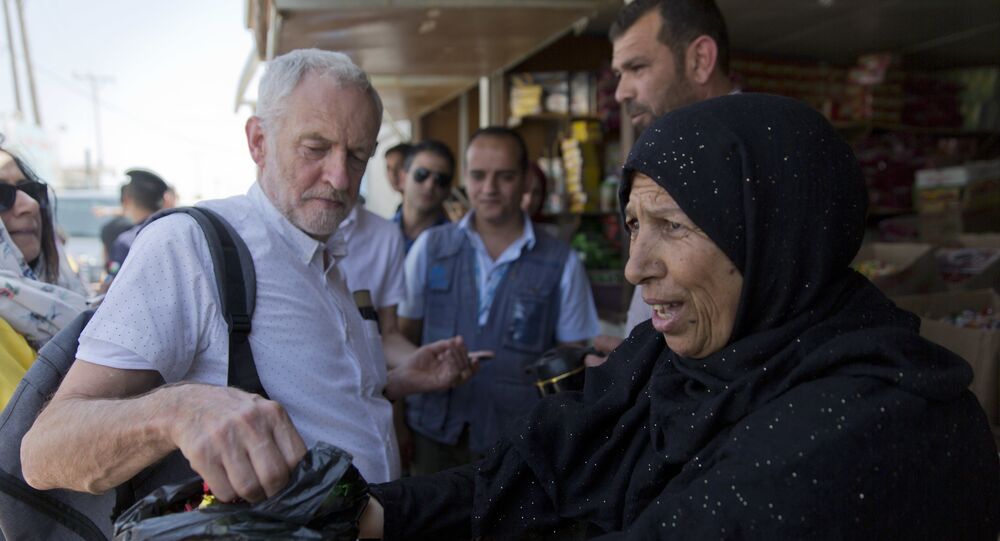 Jeremy Corbyn had visited Jordan's largest Syrian refugee camp, which was part of his first international trip outside Europe since being elected the UK's Labour Party leader in 2015.

Speaking to reporters during his tour of Zaatari, the largest Syrian refugee camp in Jordan, Britain's opposition leader Jeremy Corbyn pledged that a Labour government would "work very, very hard to regenerate the peace process" in Syria.

Declining to elaborate, he singled out two parallel sets of talks that he said should "come together."

Corbyn also warned that if the Syrian crisis was not resolved, "the conflict will continue, more people will die in Syria and many more will go to refugee camps, either here in Jordan or come to Europe or elsewhere."

His remarks come as opinion polls reveal that his Labour Party and UK Prime Minister Theresa May's Conservative Party are neck and neck ahead of the 2022 elections.

Syria has been in a state of civil war since 2011, with government forces fighting against numerous opposition groups and terrorist organizations, including Daesh* and al-Nusra Front*.

© AFP 2020 / ANDREAS SOLARO
‘A Lot of These Migrants Have Spent Thousands and Thousands of Dollars To Get to Europe' - Analyst
The war has led to a humanitarian catastrophe, with more than 13 million Syrians currently in need of humanitarian assistance, and over 7 million people internally displaced due to violence and destruction.

An overwhelming majority of Syrian refugees have managed to find shelter in neighboring host countries, including Jordan.

Hundreds of thousands more have arrived in EU countries, such as Germany.