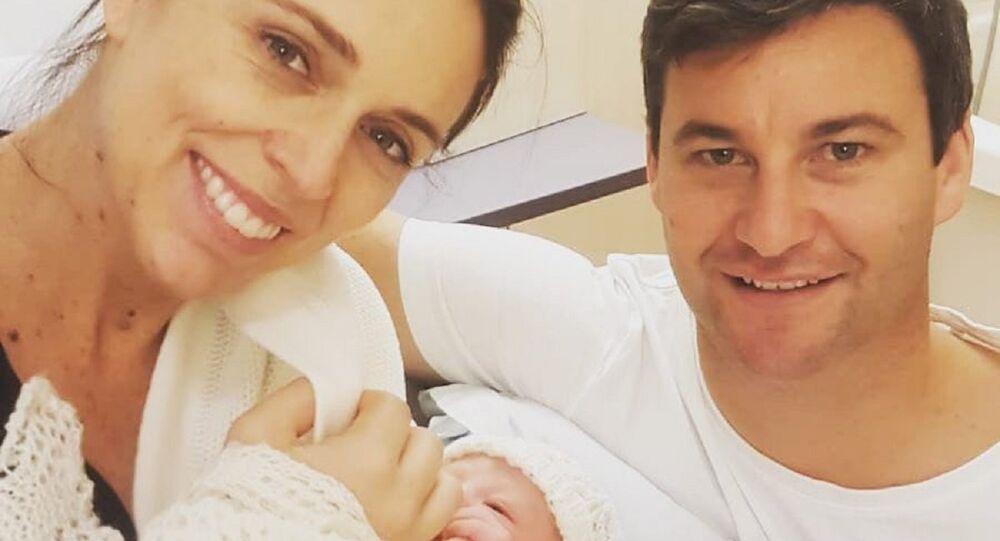 'Welcome to our Village': New Zealand Prime Minister Gives Birth to a Girl

Jacinda Ardern, 37, became the nation's youngest prime minister last year, and now she is the first woman in New Zeland's history to give birth while in office.

"Feeling very lucky to have a healthy baby girl that arrived at 4:45 p.m. weighing 3.31 kg (7.3 lb)… We're all doing really well thanks to the wonderful team at Auckland City Hospital," Jacinda Ardern wrote on her Instagram page.

The prime minister shared a picture of herself, beaming and holding the baby in a woolen blanket, with her partner, television presenter Clarke Gayford.

Welcome to our village wee one. Feeling very lucky to have a healthy baby girl that arrived at 4.45pm weighing 3.31kg (7.3lb) Thank you so much for your best wishes and your kindness. We're all doing really well thanks to the wonderful team at Auckland City Hospital.

While Ardern stayed close to home in Auckland during the last days of her pregnancy, Winston Peters, the head of populist New Zealand First party and deputy prime minister has performed the duties of the prime minister. Ardern will take a six-week leave before returning to work.

The US Ambassador to New Zealand has also congratulated the Prime Minister.

Wonderful news! Huge congrats to 🇳🇿 Prime Minister @jacindaardern and @NZClarke on the birth of their baby girl! A warm welcome to the world! Wishing the family health, happiness, and all joy in the world. Tēnā koe i tō tamāhine. Ngā mihi mahana.

Best wishes NZ🇳🇿PM #JacindaArdern, now in hospital, about to give birth to first child.

Last PM to give birth in office was #BenazirBhutto when @BakhtawarBZ born in 1990. @BBhuttoZardari was born right before 1988 elections, @AseefaBZ in 1993 months before her 2nd PM stint. pic.twitter.com/deJo6YqPq6

Jacinda Ardern arrived at hospital in her own car, with Clarke driving. No Crown limo or special ambulance. Her baby was delivered in a public hospital alongside everyone else’s. No private hospital. No extra special attention.

New Zealand, remain your understated self.