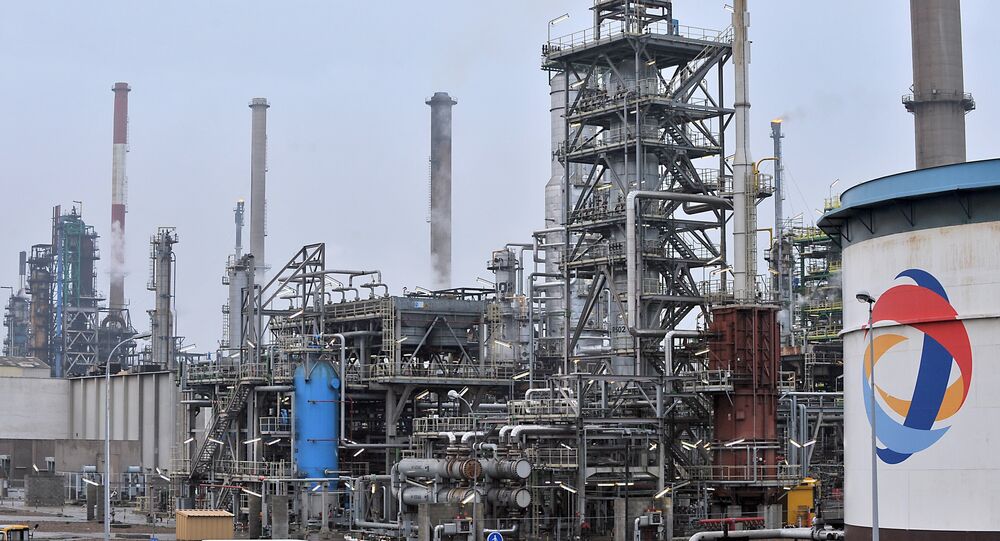 Most French Companies 'Won't be Able to Stay' in Iran - Minister

As EU officials have sought to bypass potential secondary sanctions by the United States over the past month, France's Finance Minister Bruno Le Maire stated Tuesday that the lion's share of French firms "will not be able to stay" in Iran.

The Finance Minister told RMC on Tuesday that "most" French companies "will not be able" stay in Iran, after the United States decided to reinstate sanctions against Tehran in May.

According to Le Maire, these businesses "will not be able to stay because they need to be paid for the products they deliver to and manufacture in Iran and they cannot be paid because there is no sovereign and autonomous European financial institution."

"Our priority is to build independent, sovereign European financial institutions which would allow financing channels between French, Italian, German, Spanish and any other countries on the planet. It's up to us Europeans to choose freely and with sovereign power who we want to do business with. The United States should not be the planet's economic policeman," Le Maire said.

© Photo : Wintershall
US Anti-Iran Sanctions Put EU Companies at Risk: What Do They Say?
Since May 8 when US President Donald Trump announced his decision to withdraw from the Iran nuclear deal and a snap-back of sanctions against Tehran, the European Union has been struggling to avoid the secondary sanctions that Washington might impose on European companies operating in Iran.

Even though the 28-member bloc has already taken counter-measures, having introduced a 1996 Blocking Statute, allowing it to continue to trade with Tehran and shield its firms from US sanctions, French oil giant Total and carmaker PSA have stated that they are unlikely to maintain a presence in the Iranian market.