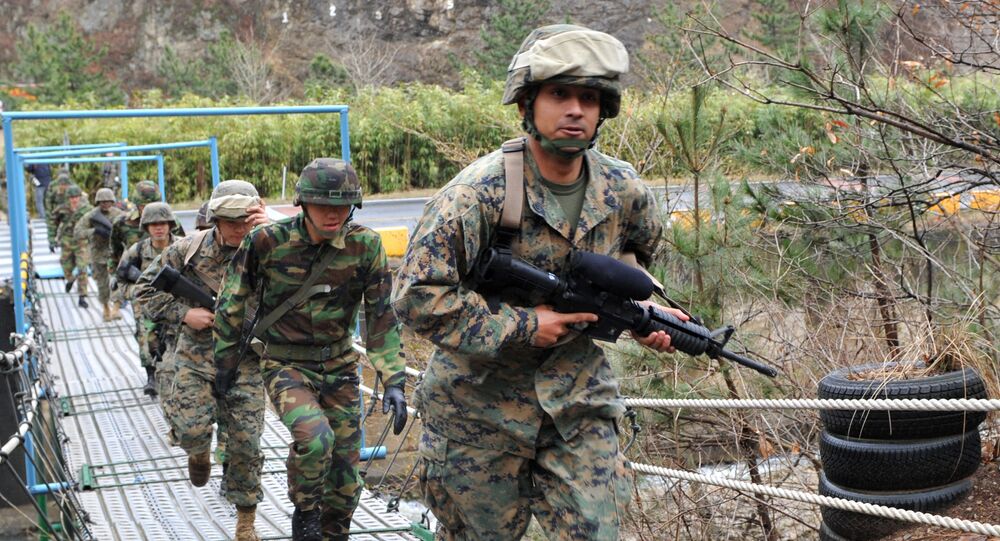 MOSCOW (Sputnik) – US President Donald Trump said on Sunday that it was him, who initiated cessation of military drills near the Korean Peninsula during the talks with North Korea.

"Holding back the ‘war games’ during the negotiations was my request because they are VERY EXPENSIVE and set a bad light during a good faith negotiation. Also, quite provocative. Can start up immediately if talks break down, which I hope will not happen!" Trump wrote on his Twitter page.

The president pointed out that the whole Asia was welcoming the deal reached between North Korea and the United States.

The denuclearization deal with North Korea is being praised and celebrated all over Asia. They are so happy! Over here, in our country, some people would rather see this historic deal fail than give Trump a win, even if it does save potentially millions & millions of lives!

​On June 12, Trump and North Korean leader Kim Jong-un met in Singapore where they issued an agreement that required Pyongyang to denuclearize in exchange for a freeze of the US-South Korean military drills and eventually sanctions relief.

READ MORE: Trump-Kim Meeting: The Summit of the Century

The situation on the Korean Peninsula has significantly improved within the last several months, with North Korean leader Kim having held two rounds of talks with South Korean President Moon Jae-in and a top-level summit with Trump in Singapore.