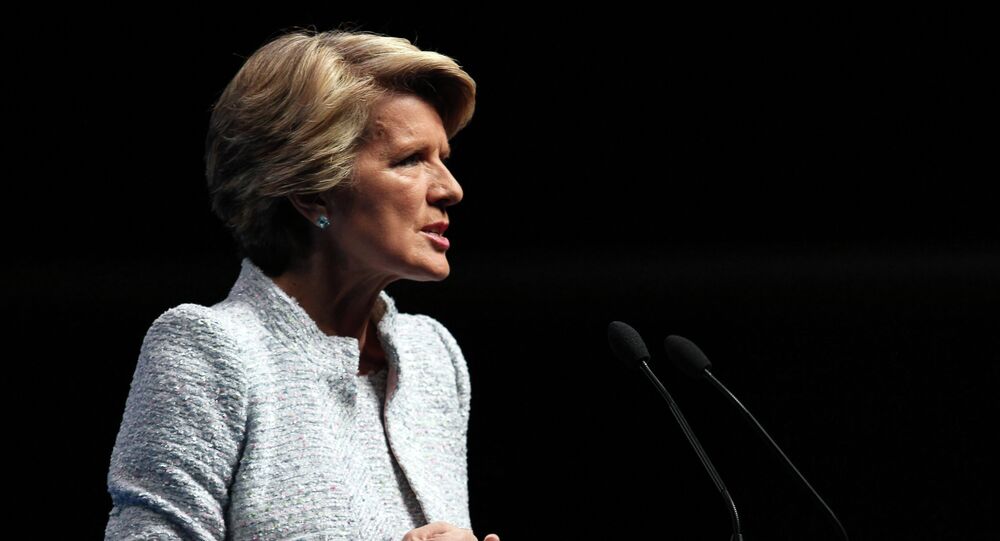 Australia will not move its embassy to Israel from Tel Aviv to Jerusalem, according to Canberra’s Foreign Minister Julie Bishop, despite pressure from Washington, former Australian leaders and her own Liberal youth political party.

"While I understand the sentiment behind this resolution, the Australian government will not be moving our embassy to Jerusalem," Bishop said, the Guardian reported.

"Jerusalem is a final status issue and we have maintained that position for decades and we are doing all we can do to ensure that any support we give to the Palestinian Authority is only used for purposes that we determine," she added.

Bishop also stated that the $43 million which Australia plans to give to the Palestinian Authority over the next financial year, will only be used for humanitarian expenses.

"Our funding to the Palestinian Authority is subject to a memorandum of understanding, defining precisely how it is used and subject to very close audit to ensure that no funds are diverted to the so-called Martyr's fund," she said, the Guardian reported.

The US and Australia were the only two countries in the UN Human Rights Council to vote against a resolution urging an international inquiry into the use of force by Israeli security agents over unarmed Palestinians in East Jerusalem, the West Bank and Gaza last month.

The situation on the Israeli-Gaza border has significantly worsened over the past several months. The Israeli side has been using lethal arms to suppress otherwise peaceful rallies, citing security concerns and putting the blame for the escalation on the Hamas movement currently said to be governing the Gaza Strip.

Palestine's Great March of Return ended on May 15, Nakba Day — commemorating the 70th anniversary of a Palestinian exodus resulting from Israel's declaration of independence in 1948. Tensions were fueled on May 14, when the United States relocated its embassy in Israel from Tel Aviv to Jerusalem, a city that Israel has long claimed for itself despite worldwide approbation.