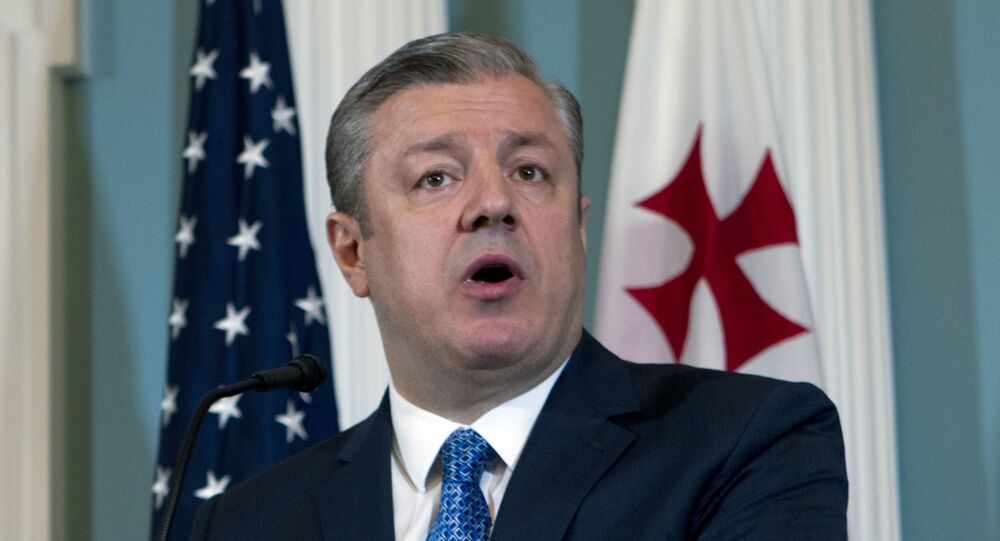 Georgian Prime Minister Giorgi Kvirikashvili has announced his decision to resign during an emergency briefing.

"I tried to be the prime minister of every citizen… I was and I am a team player. Keeping it in mind, I've captured the mood in the team and taken a decision, which was to be made by any team leader in my situation. Today, I am stepping down," Kvirikashvili said.

In connection with the resignation of the prime minister, the entire government will have to resign, according to the country's constitution.

This is not the first high-ranking resignation in the country since the start of protests over the murder of two teenage boys. In May, Georgia’s chief prosecutor Irakly Shotadze decided to step down and expressed hope "that justice will prevail."

© REUTERS / David Mdzinarishvili
Protesters in Tbilisi Demand Prime Minister to Resign After Night Club Raids (PHOTO, VIDEO)
Rumors about the government's possible resignation have been circulating in Georgia ever since mass protests began in the center of Tbilisi on May 31. The demonstrators demanded a "restoration of justice" and the resignation of the prime minister over the handling of the teenagers' murder case. The organizer of the protests was Zaza Saralidze, the father of one of those killed, 16-year-old Davit Saralidze.

Davit Saralidze and Levan Dadunashvili were stabbed to death in a fight between students from two different schools in December 2017. Davit's father has been slamming the investigation into the teenagers' deaths, for which two other boys are currently on trial. In May, one of the suspects was found guilty of killing Dadunashvili, whereas the second boy was convicted of only attempting to murder Saralidze, thus both teenagers were acquitted on the charge of taking part in a murder with other people.