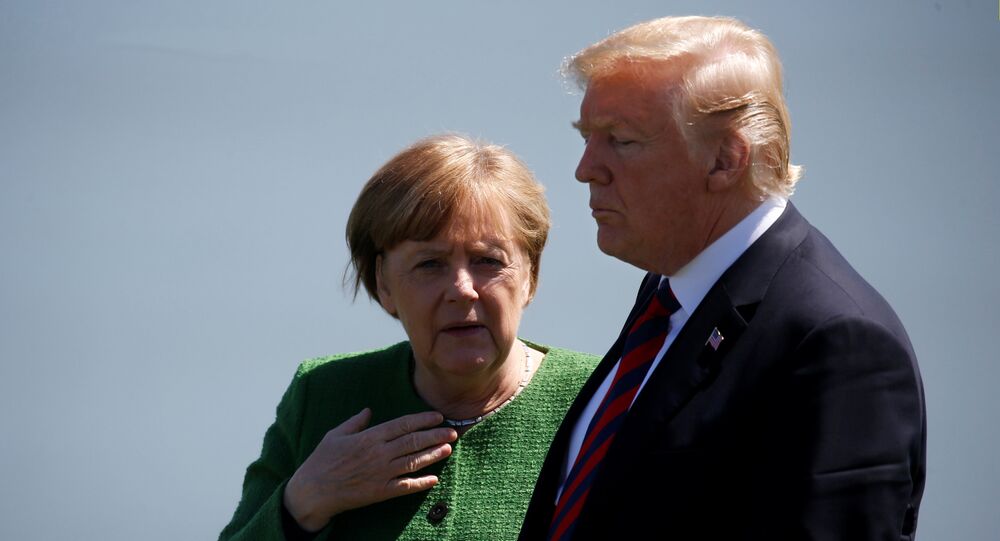 German Chancellor Angela Merkel’s remarks come just days after President Donald Trump’s fiery rant on Twitter against the EU and Canada, where claimed the US had a $800 billion trade deficit.

Speaking at a business conference of the Christian Democratic Union (CDU) party, Chancellor Merkel struck back at Trump’s claims of a trade deficit with the European Union, noting that trade calculations were outdated.

The chancellor elaborated that German investment in the United States was notably higher than the other way round following Trump’s outburst on Twitter.

READ MORE: 'Trump Can Get Away With a Lot of This': Scholar Shares His Views on G7 Summit

Earlier this week, Trump took to Twitter to slam the G7 summit, instructing US representatives not to endorse the final communique in response to Canadian Prime Minister Justin Trudeau’s “false statements.”

POTUS also claimed that the US had a “$800 billion trade deficit,” pointing out other countries “massive trade surpluses.”

Merkel and other world leaders are seeking to handle Trump’s trade policies, since he announced a decision to impose a 25 percent tariff on steel imports and a 10 percent tariff on aluminum imports from a number of states, including the EU, Mexico and Canada, which, in turn, have promised to retaliate. Trump has also reportedly mulled putting a 25 percent import tax on European cars – something that would particularly affect German carmakers.