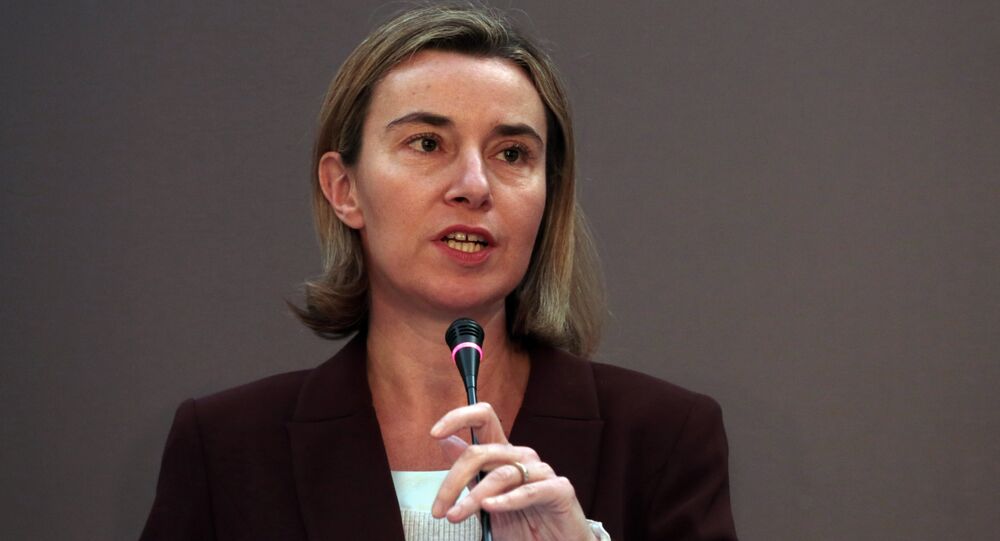 "Today’s summit meeting between the President of the United States of America and the leader of the Democratic People’s Republic of Korea (DPRK) reaffirms our strong conviction that diplomacy is the only way forward towards lasting peace on the Korean Peninsula … The ultimate goal, shared by the entire international community and as expressed by the United Nations Security Council, remains the complete, verifiable and irreversible denuclearization of the Korean Peninsula. The Joint Statement signed by the U.S. and DPRK leaders today gives a clear signal that this goal can be achieved," she said in a statement.

Donald Trump and Kim Jong-un signed a joint document after a historic summit on Singapore's Sentosa island on June 12. Addressing the results of the negotiations, Trump said North Korea's denuclearization process would be starting "very quickly," while the North Korean leader stated, that the world was about to see "a major change."