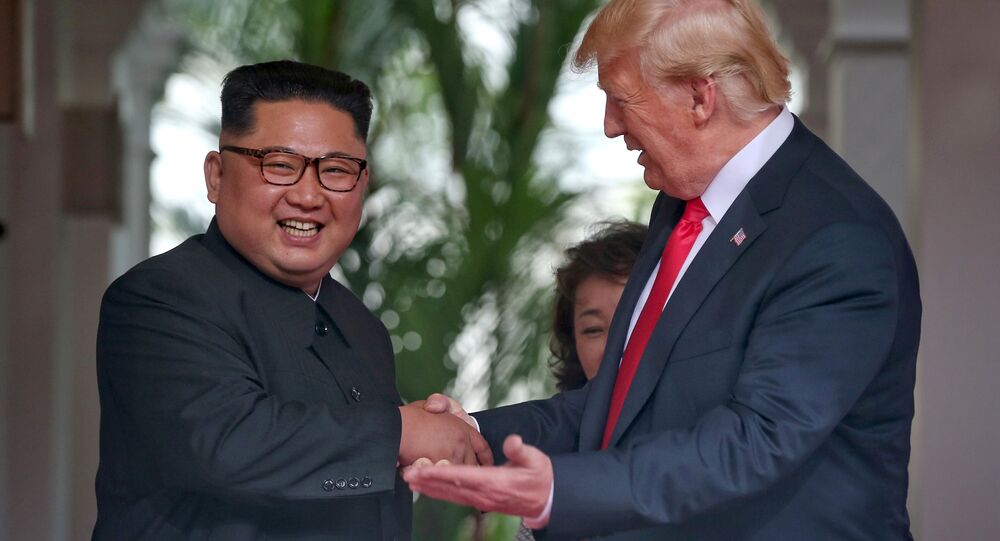 MOSCOW (Sputnik) – The world is "one step closer" to peace on the Korean peninsula following the success of US President Donald Trump’s summit with North Korean leader Kim Jong-un, US Vice President Mike Pence said.

"Donald Trump approaches tonight's historic US-NK summit with confidence… and he goes with our hopes, support, and our prayers," he said earlier.

Earlier in the day, Trump met North Korea's leader Kim Jong-un in Singapore, and the two sides signed an agreement. Pyongyang reaffirmed its commitment to the denuclearization of the Korean Peninsula, while the United States pledged to provide security guarantees.

With the success of the #SingaporeSummit, the world is one step closer to peace on the Korean Peninsula. This historic summit is a tribute to the steadfast leadership of @POTUS on the world stage and an important milestone on the path to a nuclear free Korean Peninsula. 🇺🇸

© REUTERS / Jonathan Ernst
US Journalists Claim Limited Access to Some of Trump-Kim Summit Events - Reports
US President Donald Trump said at a press conference following the negotiations with North Korea's leader Kim Jong-un that the two politicians had managed to got to know each other in a short period of time, adding that they managed to get along from the very beginning.

Both Donald Trump and Kim Jong-un committed to establishing new relations between their two countries in keeping with the desires of the peoples of the two countries.