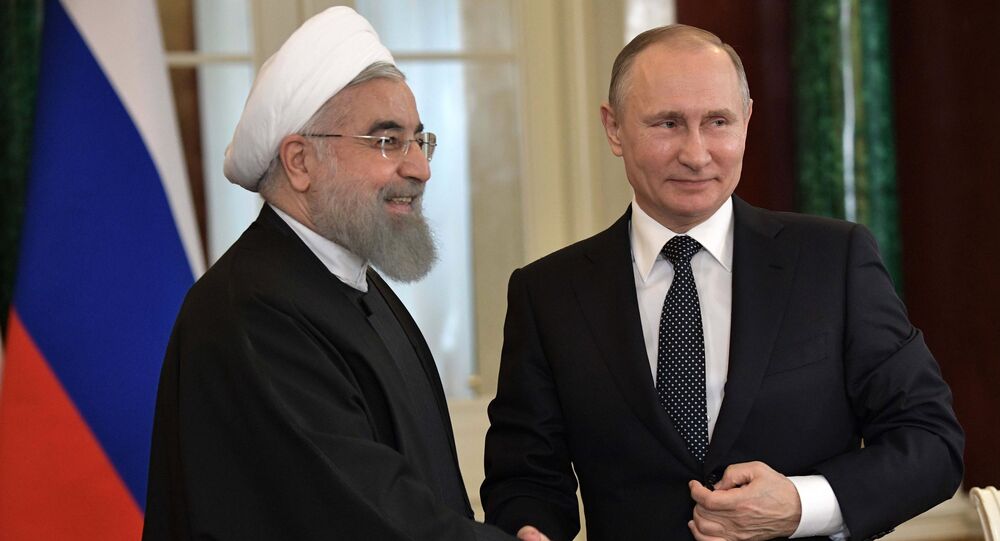 QINGDAO (China) (Sputnik) - Iran and Russia should ensure a more serious dialogue regarding the unilateral withdrawal of the United States from the Joint Comprehensive Plan of Action (JCPOA), also known as the Iranian nuclear deal, Iranian President Hassan Rouhani said on Saturday.

"As regards the illegal withdrawal of the United States from these agreements, more serious and more significant dialogue between our countries is necessary," Rouhani said at talks with Russian President Vladimir Putin in China's Qingdao, which hosts the Shanghai Cooperation Organisation (SCO) summit.

The Iranian leader stressed that Russia had played a "very important and constructive role" in the implementation of the JCPOA.

© CC BY-SA 2.0 / Anna Zvereva / Boeing 737-330
Iran to Prosecute US' Boeing at Global Tribunals for Dumping Aircraft Deal – MP
In May, Donald Trump announced his decision to withdraw from the Joint Comprehensive Plan of Action (JCPOA), which ensures that Iran won't develop a nuclear arsenal in exchange for abolishing sanctions.

At the same time, Trump decided to restore sanctions against Iran and further toughen them – a move that the other signatories to the agreement, namely the EU, Russia, China, France, the UK and Germany have severely blasted. The move to levy several rounds of sanctions was billed by the US Treasury as an "aggressive campaign" meant to hit Iran's elite Islamic Revolutionary Guard Corps (IRGC).