WASHINGTON (Sputnik) - The continuation of a 2015 Iran nuclear agreement will require a plan by European partners as well as China and India to bypass secondary US sanctions and continue purchases of Iranian oil, according to a report by private intelligence Soufan Center.

The Joint Comprehensive Plan of Action (JCPOA), the formal name for Iran nuclear agreement, was signed by the five permanent members of the UN Security Council — Britain, China, France, Russia and the US — plus Germany.

The so-called "EU-3" European powers that are party to the deal, Britain, France, and Germany — have been given an ultimatum from Iran to continue purchasing 500,000 barrels per day of Iranian crude, and pay for it inaccessible hard currency. 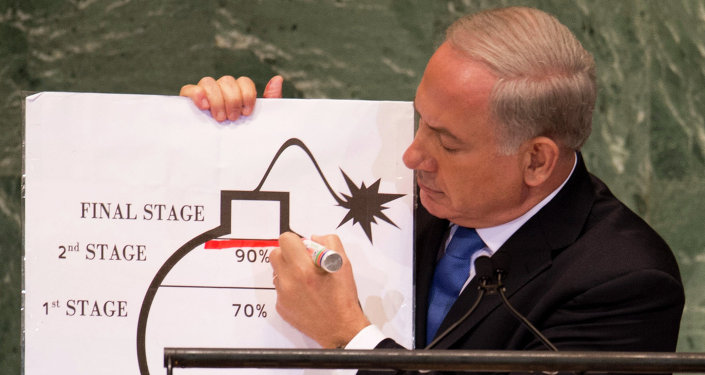 Fearing the loss of access to the massive US economy and financial system, most European major companies that invested in Iran since 2015 — including French energy firm Total, German industrial giant Siemens, European consortium Airbus, and Italy’s Danieli steel conglomerate — have announced that they will exit the Iran market, the report noted.

European leaders are focused on working around US sanctions, such as by establishing new financial channels to pay Iran for oil or providing trade credit guarantees or economic aid to Tehran, according to the report.

© AP Photo / Ronald Zak
Iran Asks OPEC Support Amid US Sanctions
READ MORE: Consequences of the US Withdrawal From the Iranian Nuclear Deal

Meanwhile, Iran’s two largest oil customers China and India, which together purchase more than half of Iran’s oil exports, have said that they will not cut oil buys from Tehran, the report said.

The Trump administration has pulled the United States out of the JCPOA and announced re-imposition of nuclear-related economic sanctions on Iran.

Lavrov: Russia Hopes US Withdrawal From JCPOA Not Linked to Plans to Attack Iran