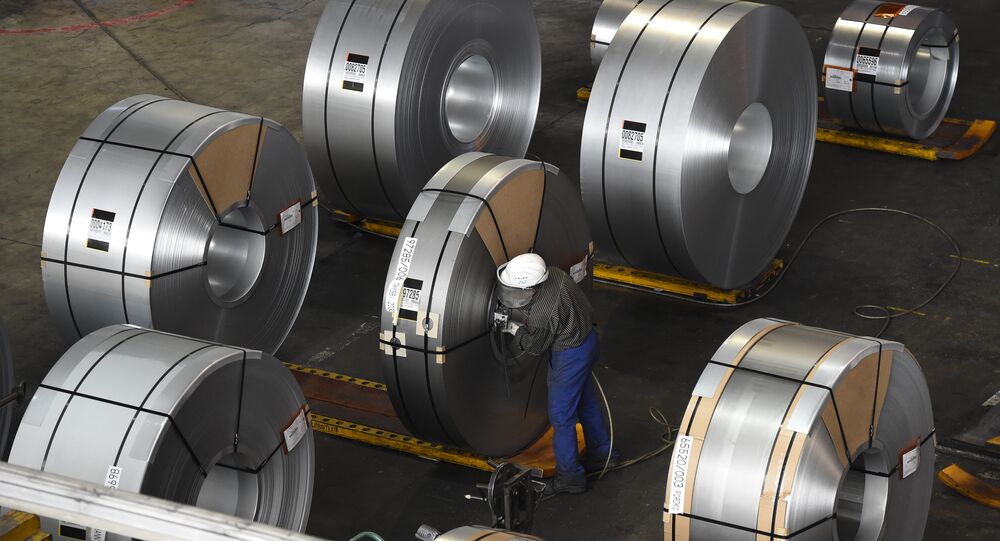 The EU is ready to take countermeasures against the new US steel and aluminum import tariffs, French Finance Minister Bruno Le Maire said after a meeting of G7 finance ministers in the ski resort town of Whistler, Canada.

"We still have a few days to take the necessary steps to avoid a trade war between the EU and the US and to avoid a trade war among G7 members. The ball is in the camp of the United States, it is up to the American administration to take the right decisions to smooth the situation and to alleviate the difficulties," French Finance Minister Bruno Le Maire told reporters after a three-day meeting of G7 finance ministers.

The finance ministers of G7 countries including Canada and the European Union are threatening retaliatory measures, including tariffs on agricultural products, which could hit rural areas of the US, urging the country to abandon the tariffs ahead of the leaders' summit before the move causes deeper divisions within the G7.

"It has been a tense and tough G7 — I would say it's been far more a G6 plus one than a G7. We regret that our common work together at the level of the G7 has been put at risk by the decisions taken by the American administration on trade and on tariffs," said Le Maire, who called the tariffs unjustified.

Canada and the EU have both lodged complaints with the World Trade Organization questioning tariffs of 25 percent on steel and 10 percent on aluminum imports to the US announced by Washington.

© REUTERS / Fabian Bimmer
G7 Vows to Fight US Steel, Aluminum Tariffs
On May 31, US Secretary of Commerce Wilbur Ross stated that the United States would impose new tariffs on steel and aluminum products from the European Union, Canada and Mexico, effective from June 1.

The US move has also attracted strong criticism from China which retaliated by imposing its own tariffs on imported US goods.