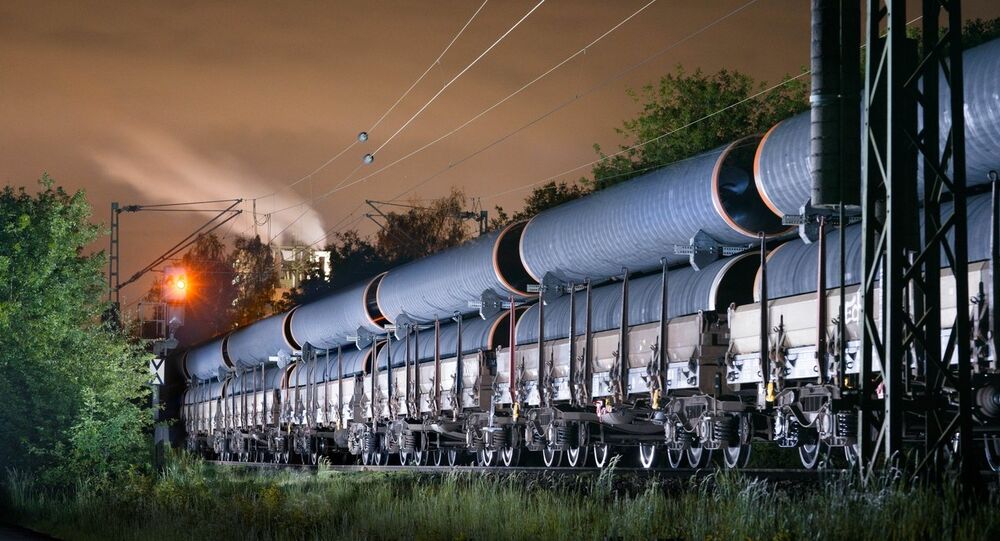 The Nord Stream 2 pipeline, which is due to annually deliver 55 billion cubic meters of Russian natural gas to the EU across the Baltic Sea, has already been approved by Germany and Finland. The US, in turn, has claimed that the pipeline will allegedly increase Europe's dependence on Russian fuel.

Foreign Policy magazine has cited three sources familiar with the issue as saying that the US administration is close to slapping sanctions on energy companies from Germany and other EU countries that are involved in the construction of Russia's Nord Stream 2 gas pipeline project.

Referring to "key figures" in the Trump administration who see the sanctions as "an increasingly likely option," one of the sources said that "they will stop at nothing to block Nord Stream."

A State Department source, in turn, said that "we have been clear that firms working in the Russian energy export pipeline sector are engaging in a line of business that carries sanctions risk."

Another source pointed to the stance taken by US National Security Advisor John Bolton and other senior US officials who perceive the Nord Stream 2 project as "a threat to the United States and European security" and are poised to halt it.

"Everything is on the table. … The [Trump] administration is taking a whole of government approach to stopping the Nord Stream project," the source pointed out.

Last month, Spiegel Online quoted Sandra Oudkirk, US deputy assistant secretary of state for energy, as saying that the White House is willing to impose economic sanctions against the Nord Stream 2 pipeline project.

© Sputnik / Sergey Guneev
Discussions on Nord Stream 2 With Baltic States 'Will Continue' - German FM
According to her, the pipeline will allegedly provide Russia with an opportunity to install surveillance equipment beneath the Baltic Sea and may also bolster Europe's reliance on Russian natural gas supplies.

The Nord Stream 2 is a joint venture between Russia's Gazprom, France's Engie, Austria's OMV AG, the Anglo-Dutch company Royal Dutch Shell, as well as Uniper and Wintershall, both German companies.

The project involves the construction of two legs of a gas pipeline to run from the Russian coast through the Baltic Sea to Germany. The pipeline is due to be put into operation in 2019.