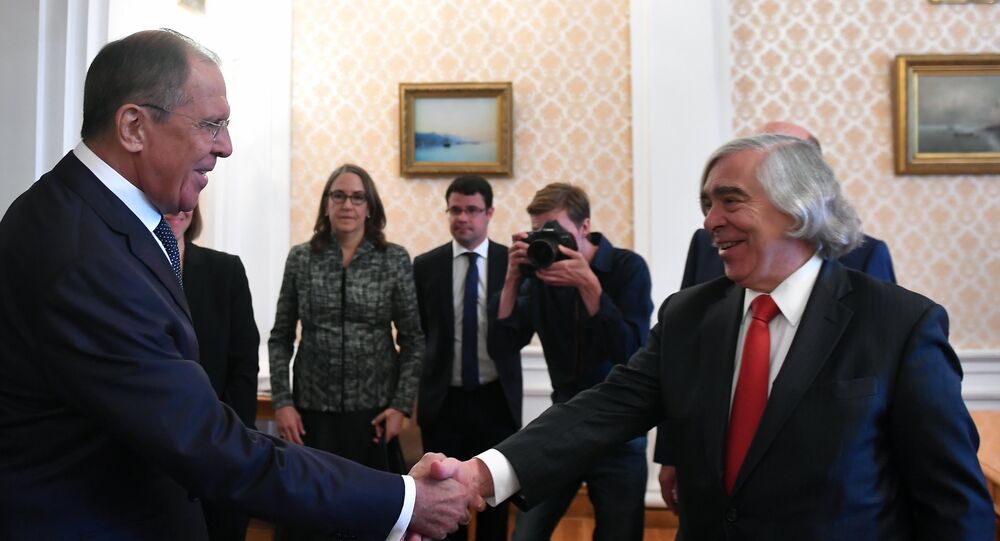 The deal with the US on peaceful nuclear cooperation is suspended, though Russia hopes for the resumption of ties in this area, Russian Foreign Minister Sergei Lavrov Friday during talks with former United States Secretary of Energy Ernest Moniz.

"During your tenure as US Secretary of Energy, an intergovernmental agreement was concluded in 2013… on the fundamentals of interaction in the sphere of peaceful nuclear energy between Russia and the US. Unfortunately, since then, for reasons not depending on us, work on the implementation of the agreement and actual contacts have been frozen," Lavrov said.

"Nevertheless, I hope that in your current capacity you will contribute to the restoration of normal forms of cooperation in the sphere of nuclear power industry between our countries," he said.

READ MORE: Consequences of the US Withdrawal From the Iranian Nuclear Deal

The Russian foreign minister expressed hope that Moniz would give his estimation on the Iran nuclear deal.

Moniz, in his turn, expressed hope that Russia and the US would restore pragmatic cooperation "in the spirit of 2015."