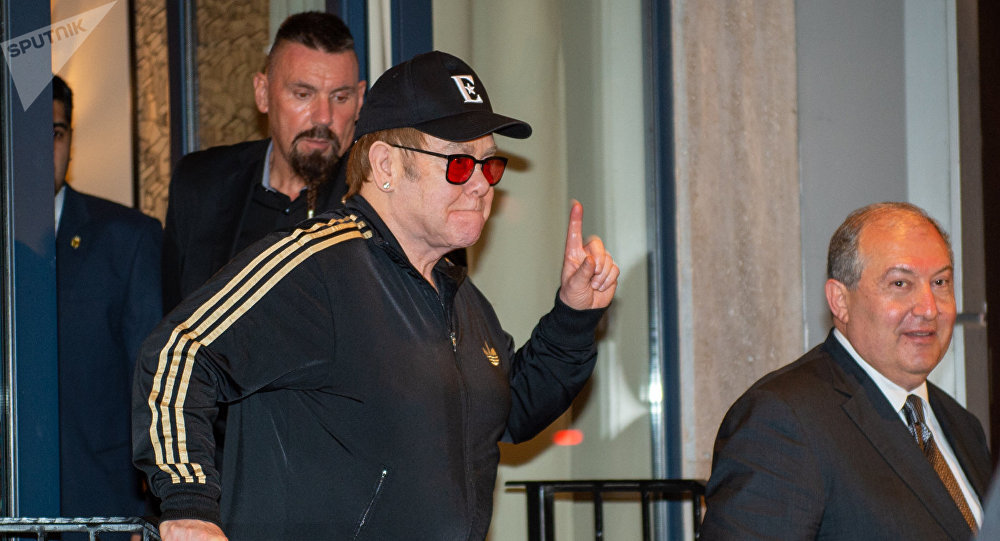 Pop legend Sir Elton John has arrived in the capital of Armenia, Yerevan, along with his husband David Furnish, within the framework of a charity mission initiated by the Starkey Hearing Foundation.

As part of the charity program, the renowned singer and his spouse, accompanied by Armenian President Armen Sarkissian and First Lady Nune, visited the Hayk and Elza Titizian Children’s Rehabilitation Center, the design and construction of which was implemented by the “Yerevan My Love” Foundation.

President Sarkissian told reporters that he had invited Sir Elton John to come to Yerevan and said that the music icon had met sick children in the medical center and answered their questions.

“We have a lot of Armenian friends in England and in America. They always talk about Armenia, how it’s emerging as a new country, it’s only been independent for 25 years. So, we’ve always wanted to come here and this is why we’re here, to see for ourselves the progress that the new country is making. […] I think the wind of change is here and I think it’s very, very positive, and I’m very happy to be here and feel the vibrancy of this country,” Sir Elton John told reporters.

In February 2017, Elton John and his husband David Furnish introduced the Armenian genocide movie, “The Promise,” at West Hollywood Park during an Oscar commercial break.