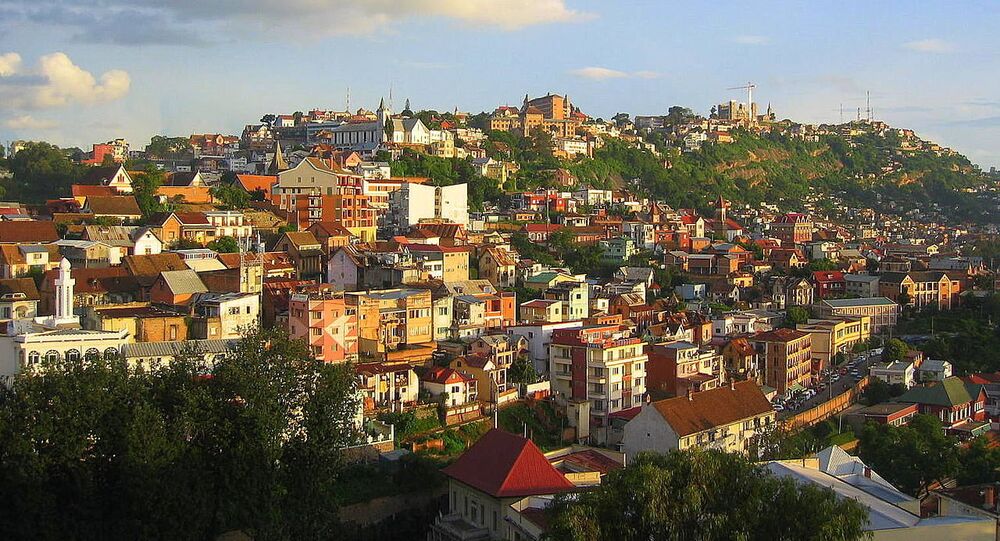 MOSCOW (Sputnik) - Antananarivo and Moscow could sign an investment guarantee agreement before the end of the year, Eloi Maxime Alphonse Dovo, the Malagasy ambassador to Russia, told Sputnik in an interview.

"We will soon sign an investment guarantee deal… Yes, maybe after these meetings [during the St. Petersburg Economic Forum], several documents and treaties are being prepared at the moment. Now we have mutual trust," the diplomat said answering a question if the accord could be singed in 2018.

Cooperation with Russian companies and the use of Russian technologies could allow Madagascar to become a grain hub for the African continent, Eloi Maxime Alphonse Dovo said.

"If we start working with Russian companies and start using Russian technologies… we can become a hub for everyone," the diplomat said answering a question about the prospects of becoming a grain hub.

According to the ambassador, there are over 44 million acres of land in Madagascar which is not used at the moment, but could be used by foreign entrepreneurs. The ambassador recalled that some 75 percent of the island nation's population is engaged in the agricultural sector.

"It would be too bad if Russian companies do not have an opportunity to work in Madagascar, because, as you know, oil and gas reserves have been found at the Mozambique Channel and these reserves are bigger than the ones in the North Sea. We want all our partners, including Russians, to partake in oil production," the diplomat said.

READ MORE: At Least 3 Killed, Around 20 Wounded During Rally in Madagascar's Capital

© Sputnik / Vladimir Astapkovich
US Funds Investments in Russian Assets Growing After Sanctions Introduced - Moscow Exchange
The ambassador, who is the dean of the African diplomatic corps in Russia, said that a number of western companies such as French Total and US Exxon Mobil had already participated in oil and gas projects in the African state.

Diplomatic relations between Moscow and Antananarivo were established in 1972. According to the Russian Foreign Ministry, the two states have contacts in the sphere of diplomacy, culture, and education.

In 2015, the ministry said that after talks between the foreign ministers of the two states, Russia and Madagascar reaffirmed their intention to cooperate in the sectors of tourism, banking, and geological exploration among other issues.