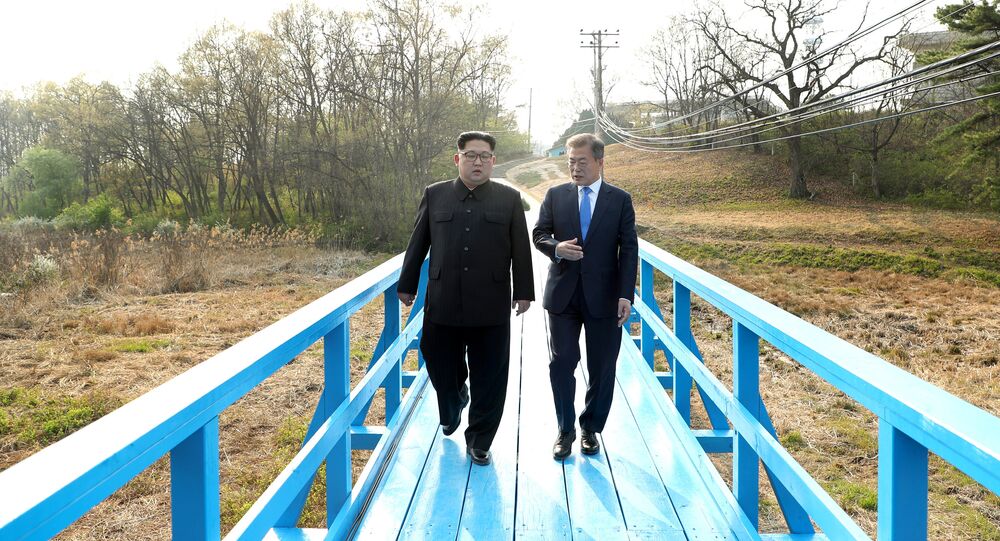 The Russian Foreign Ministry has noted that the situation on the Korean Peninsula is a problem for the whole international agenda, which occasionally becomes "turbulent."

She also questioned the possible motives of the US.

The spokesperson's comment referred to recent statements made by US President Donald Trump's national security adviser, John Bolton, who said that Washington considered Libya an example of how to handle possible talks with North Korea over its nuclear program.

The Russian Foreign Ministry's spokeswoman noted that Russia had planned a number of actions, aimed at settling the situation on the Korean Peninsula.

"The Korean issue should be solved in an active manner; this is what we are doing. I cannot provide details yet, but I can say that the Russian side has planned a number of actions, including contacts on the line and direction of settling the situation in the region in the context of the situation on the Korean Peninsula," Russian Foreign Ministry spokesperson Maria Zakharova stated.

© AP Photo / Lee Jin-man
Bank of Korea to Take ‘Wait And See’ Stance Ahead of Trump-Kim Talks
In the meantime, the White House continues its preparations for President Donald Trump's planned meeting with North Korean leader Kim Jong-un in Singapore on June 12. However, yesterday the US president stated that there was a possibility that the talks wouldn't take place.

The de-escalation prospects for the Korean Peninsula have been put at risk, when on May 11, the United States and South Korea launched a two-week annual air exercise, dubbed Max Thunder, which caused Pyongyang to cancel ministerial-level talks with Seoul. Despite North Korea's warning, Seoul said that it would continue its joint military exercise with Washington.