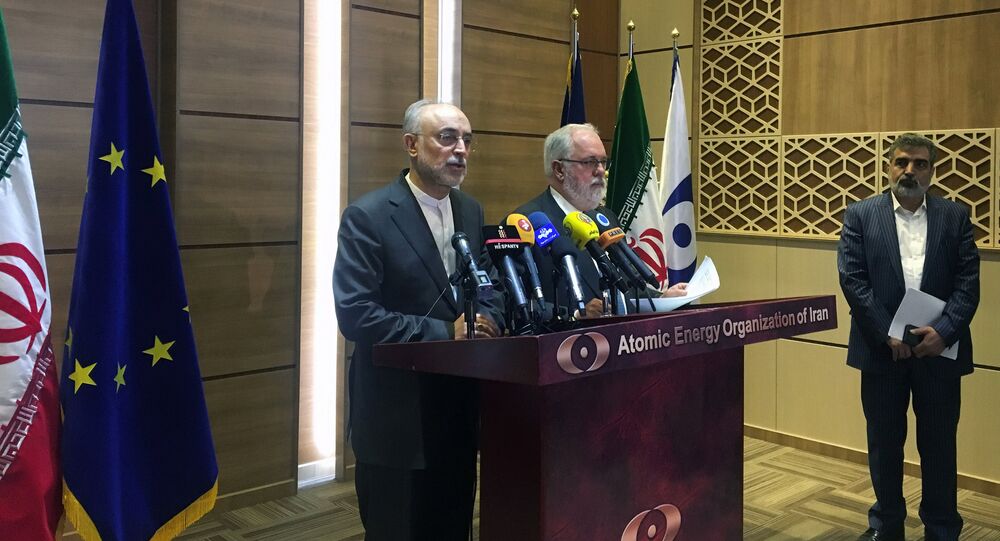 MOSCOW (Sputnik) - Iran and the European Union will hold a seminar on nuclear cooperation in Brussels in November this year, and remain committed to the 2015 nuclear deal, the joint press statement of the European Commission and the Atomic Energy Organization of Iran said.

"The European Commission is also strongly supporting Iran's endeavors in governing the safe and responsible use of nuclear energy, including accession to the relevant international conventions. In the spirit of close collaboration we also agreed that a third High-Level seminar on nuclear cooperation will take place in Brussels at the end of November 2018,"  the joint press statement of the European Commission and the Atomic Energy Organization of Iran read.

The previous two seminars took place in 2017, in Belgium's Brussels and in the Iranian city of Isfahan.

"We met today to confirm the continuing commitment of the European Commission and the Atomic Energy Organisation of Iran towards the implementation of the Joint Comprehensive Plan of Action (JCPOA), and in particular its Annex III which addresses civil nuclear co-operation," the statement read.

The press release emphasized the importance of the 2015 deal and the work that went into negotiating it.

"We welcome the strengthening of ties at all levels and look forward to their further development over the coming months and years," the statement concluded.

READ MORE: Salehi: Iran to Remain Committed to Its Promises if EU Can Keep JCPOA Alive

The 2015 agreement, which requires Tehran to keep its nuclear program peaceful in exchange for a lifting of international sanctions, has been in a precarious position lately. US President Donald Trump announced earlier in May that the United States would no longer be party to the deal and was reinstating all sanctions on Tehran.