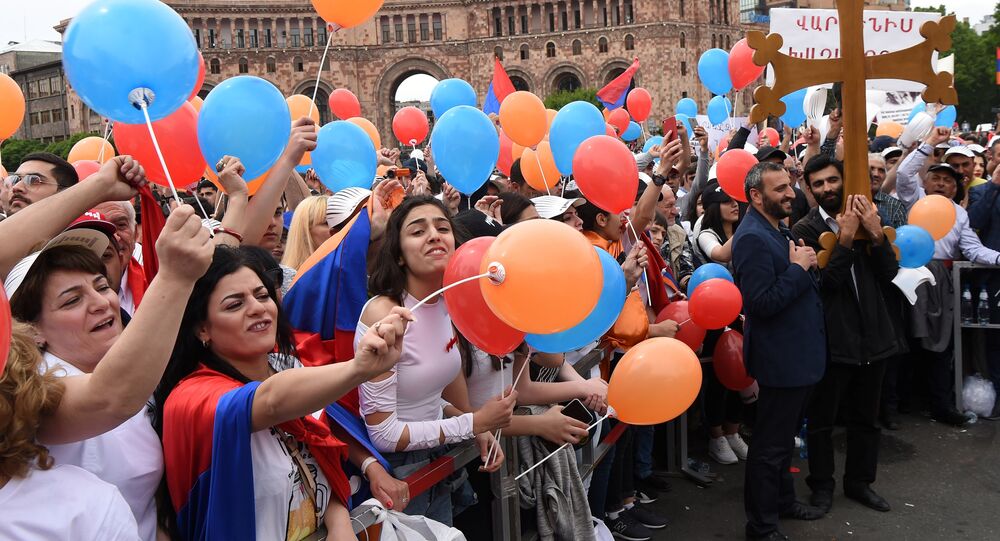 "If there are the authorities in the country, who enjoy the public trust, then the conduct of such actions is not rational. I am calling for the end of all protests," Pashinyan said on Facebook.

The prime minister added all the problems need to be discussed in an institutionalized way so that the interest group could form delegations and come up with pressing issues.

Following Pashinyan's calls, the groups of protesters, which gathered at the City Hall and blocked one of the avenues, started to disperse.

One of the groups, which demands from the authorities the release of the men who in July 2017 took several police officers hostage in Yerevan, said that it would block the entrance and exits of the court's building where the defendants were held. Pavel Yegiazaryan, the father of a defendant, told reporters that his supporters might consider blocking the streets again.

© REUTERS / Gleb Garanich
Armenian President Appoints New Government - Presidential Office
Armenia has experienced a political crisis after ex-President Serzh Sargsyan was nominated as prime minister. This was largely regarded as a way for Sargsyan, who previously served as president for two terms, to stay in power. The situation led to massive protests led by Pashinyan himself, which finally resulted in Sargsyan's resignation. On May 8, Pashinyan was elected as prime minister.

Now, the protesters are demanding the resignation of Yerevan's mayor and Armenia's prosecutor general.