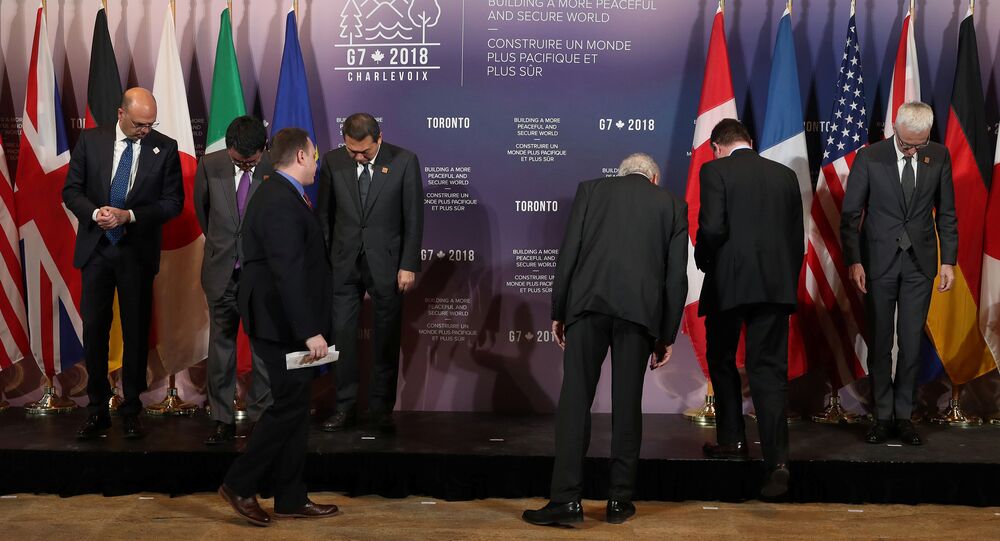 MOSCOW (Sputnik) - Italy may declare that it does not want to proceed with the anti-Russia sanctions at the G7 summit in June, a source close to the talks on forming a governing coalition between the Italian right-wing Lega party and the anti-establishment Five Star Movement (M5S) told Sputnik on Thursday.

"Of course, the sanctions will not be lifted the same day after the government is formed. It will depend of the international meetings’ schedule. The next G7 summit will be in June. So, may be, already at G7, Italy will declare that it does not want to continue with the sanctions," the source said, when asked about a possible date and venue for such an announcement.

When asked to explain the mechanism of lifting the anti-Russian sanctions, the source noted that Italy could be doing it unilaterally if other states refuse to support the idea.

"We can lift sanctions unilaterally. It is a little bit premature to say what would be the mechanism. We don’t know if others join us," the source said.

Earlier in the day, the same source said that the parties had agreed in a finalized part of the coalition agreement draft that it was necessary to lift anti-Russia sanctions immediately and reinstate Russia as a strategic partner to resolve crises around the world.

Despite the fact that the Italian parliamentary election took place in early March, the parties still have not formed the cabinet. Earlier in May, Italian President Sergio Mattarella said that if the parties failed to reach an agreement, he would form a "neutral government" that would have powers until December and call another election in 2019.

© AP Photo / Luca Bruno
Berlusconi Could Return to Italian Politics by October - Analyst
After the presidential announcement, Lega and M5S intensified the coalition talks. In recent days, a number of media outlets have published news articles about the coalition agreement, however, the reports have been refuted by the parties.

The European Union, including Italy, imposed economic and diplomatic sanctions on Russia after Crimea rejoined the country as a result of the 2014 referendum. Moscow said that the vote complied with the international law, and introduced food embargo on products from countries which had targeted it with restrictions.

On June 8-9, Canada's Quebec will host the annual meeting of G7 leaders, attended by top politicians from the United States, Canada, Japan, Germany, France, the United Kingdom and Italy.