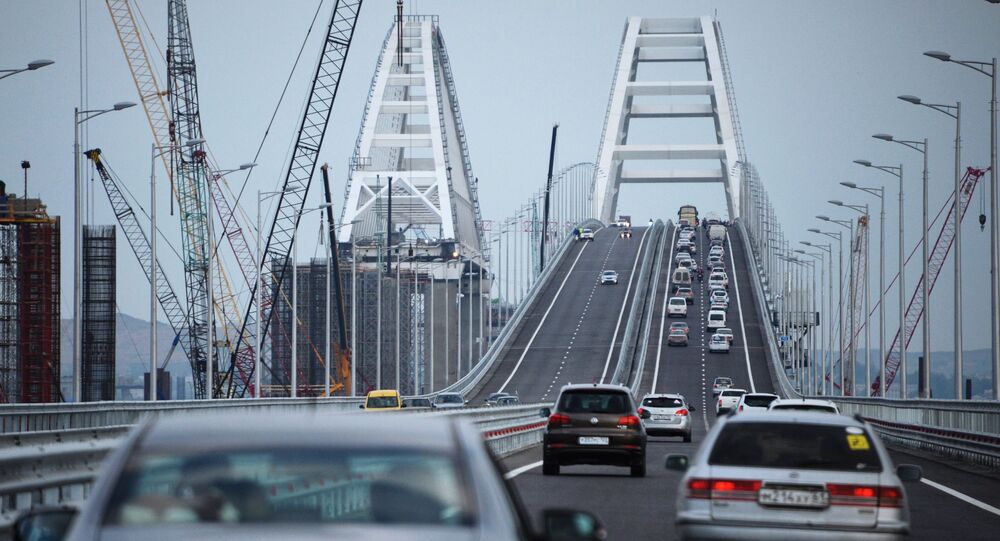 Social media networks were thrown into an uproar after an American journalist advised Ukraine to blow up a recently constructed bridge between the Crimean Peninsula and mainland Russia.

As Russia celebrated the opening of a massive 19-kilometer-long bridge across the Kerch Strait, which now allows traffic to flow, American journalist Tom Rogan suggested in his article published by Washington Examiner that Ukraine should blow the bridge up

A large number of social media users, however, found Rogan’s vision shocking and wondered whether his proposal amounted to promoting terrorism.

Ukraine should blow up Putin's Crimea bridge https://t.co/eNED2DEvGc
Tom #Rogan should be charged with supporting #terrorism. Think about it. He wants #Ukraine to bomb the #CrimeanBridge. #Russia would begin the #war with #Ukraine. WTF is wrong with Rogan. Shame!

Ukraine should blow up a bridge? May be lots of people should die so that you can feel good. You should go to Crimea and may be write about what crimeans want.that's what real journalist do

Rogan must be investigated for inciting terrorist activities in his piece (of something) called, "Ukraine should blow up Putin's Crimea Bridge!"

The Russian Embassy in the United States also said in a statement that "freedom of speech cannot justify incitement to commit terrorist acts" and that Rogan’s article goes "way beyond the boundaries of journalist ethics."