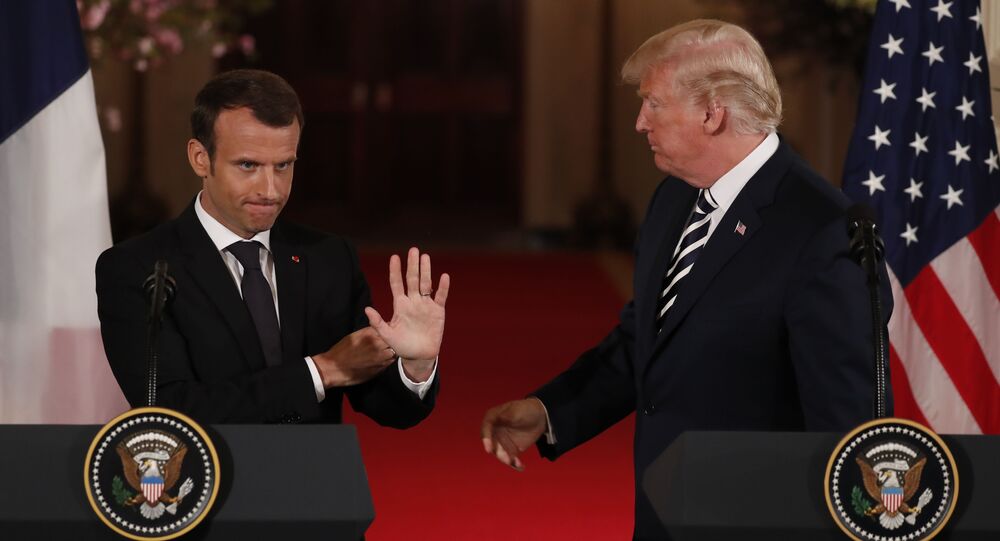 French President Emmanuel Macron said that nuclear deal with Iran should be supplemented and it is necessary to continue negotiations, including on missile program.

© REUTERS / Yves Herman
Donald Against Donald: Tusk 'Thanks' Trump for Iran Nuclear Deal Failure
"But what is important is that companies and especially medium-sized companies which are perhaps less exposed to other markets, American or others, can make this choice freely," Emmanuel Macron said.