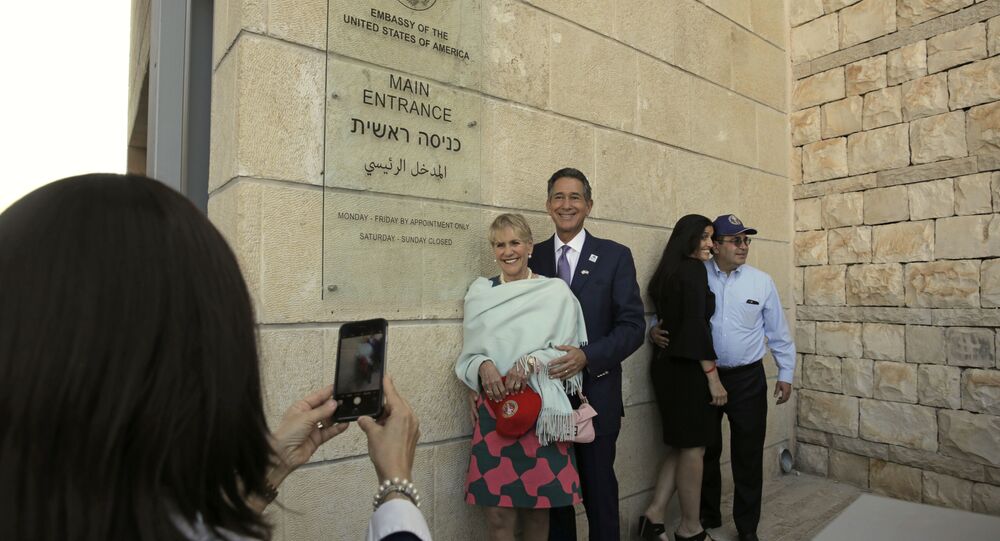 The Republic of South Africa has decided to withdraw its ambassador from Israel "until further instructions" because of the situation on the Gaza Strip.

"This latest attack has resulted in scores of other Palestinian citizens reported injured, and the wanton destruction of property," a statement from the International Relations Department said as quoted by SA Breaking News.

A representative of the Ministry of International Relations and Cooperation of the country, Nvidhivo Mabaya said that the government condemns "most decisively the recent act of brutal aggression carried out by the Israeli armed forces along the border with the Gaza Strip."

More than 10,000 Palestinians are reportedly participating in protests in the Gaza Strip against the opening of the US Embassy in Jerusalem.

© AP Photo / Petr David Josek
Iranian FM Lambasts Opening of US Embassy in Jerusalem as 'Day of Great Shame'
According to media reports, over 50 Palestinians were killed by Israeli fire during Gaza border clashes on Monday.

The United States officially opened its embassy in Jerusalem on May 14.

On December 6, 2017 Trump announced the decision to recognize Jerusalem as the capital of Israel and instructed the US State Department to launch the process of moving the US embassy from Tel Aviv to Jerusalem.