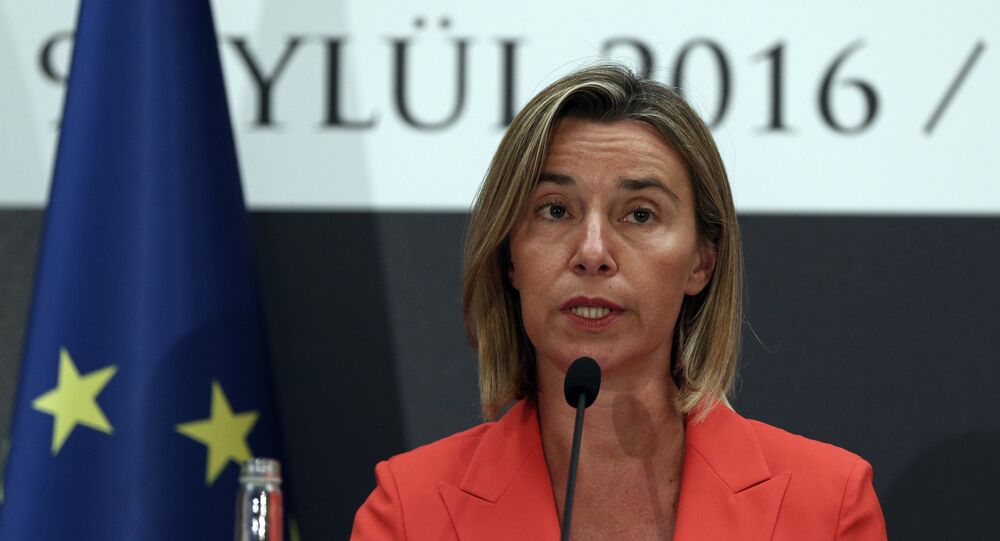 Following the US decision to withdraw from the Iranian Nuclear Deal, High Representative of the EU for Foreign Affairs and Security Policy Federica Mogherini stressed that the bloc reserved the right to act in its security interests.

Speaking at a conference in Florence on Friday, Mogherini pointed out that the nuclear agreement worked, adding that the European Union intended to maintain the deal.

"The state of the world today is a state of chaos; the spread of crises and confrontation seems to prevail over rationality… And just at the moment when everything is not going well, rationality, calmness, predictability, respect and dialogue are most needed to avoid the worst scenarios, to prevent the spread of conflicts, to contain tension, to preserve what still works, which we intend to do in the case of the Iranian deal," she said during a conference in Florence.

According to Federica Mogherini, no country can single-handedly destroy the nuclear deal with Iran since it is "not a bilateral agreement, but a heritage of the world."

© AP Photo / Vahid Salemi
Hundreds Protest in Tehran Against Trump's Decision to Withdraw From Iran Nuclear Deal
Earlier, US President Donald Trump announced that the US would withdraw from the Joint Comprehensive Plan of Action (JCPOA), also known as the Iran nuclear deal. He also pledged to reinstate the sanctions against Iran, which were lifted as part of the agreement.