According to Russian Foreign Minister Sergei Lavrov, Moscow is worried about the state of the settlement between Palestinians and Israelis, as the US decision on Jerusalem has led it to deadlock.

Moscow would like to see a more active role for the Middle East quartet of mediators in the Israeli-Palestinian settlement, according to the Russian foreign minister.

"We are very concerned about the situation in the Palestinian-Israeli settlement; it is at a dead end. Moreover, the impasse is getting deeper, especially in the light of the US decisions on Jerusalem," Sergei Lavrov said during a meeting with UN Special Coordinator for the Middle East Peace Process Nikolai Mladenov.

He noted that Moscow is concerned by attempts to change the configuration of the geopolitical map of the Middle East in such a way as to "push the Palestinian problem to the background."

"Unfortunately, it has not been like this so far, but I expect to discuss with you today how we can make sure that the quartet, as a generally recognized mediator in Middle East processes, and UN decisions dedicated to the Palestinian-Israeli settlement are not forgotten," he said. 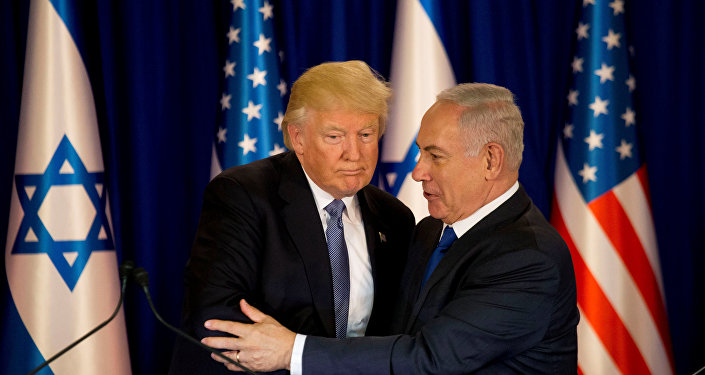 © REUTERS / Ariel Schalit/Pool
Trump Territory: Square Near US Embassy in Jerusalem to Be Named for US President
US President Donald Trump in December 2017 announced the recognition of Jerusalem as the capital of Israel and decided to transfer the American embassy to the city from its current location in Tel Aviv. Trump's decision prompted riots among Palestinians and protests in several Arab countries.

Palestine wants to establish a state on the territories of the West Bank, including East Jerusalem, which is partly occupied by Israel, and the Gaza Strip. The Israeli government has rejected the recognition of Palestine as an independent political and diplomatic entity and has resumed the construction of settlements in occupied areas, despite objections from the United Nations. 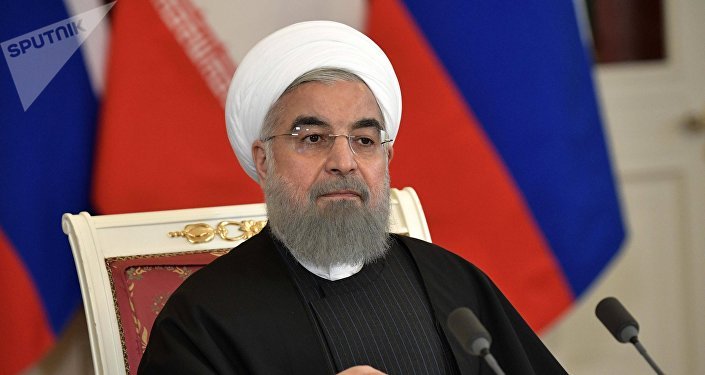 © Sputnik / Aleksey Nikolskyi
Trump's Jerusalem Move Proves US Unable to Ever Be 'Honest Mediator' - Rouhani
Peace attempts began in the 1970s, culminating in the 2003 roadmap for peace proposed by the Middle East Quartet — the United States, the United Nations, the European Union and Russia. Since then, the two-state solution has been the main objective for mediators.