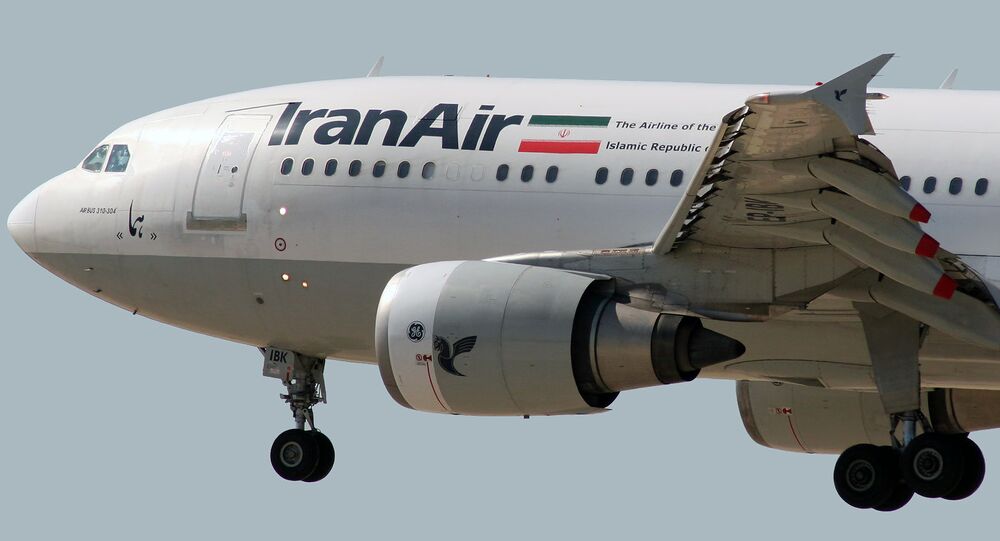 Last December media reported, that US President Donald Trump was set to look at ways for canceling or slowing down jetliner sales to Tehran by US Boeing and EU Airbus companies.

"Airbus will announce its decision in the coming days… no down payment has been made by Iran to the plane makers for future deliveries," senior advisor to Iran's Roads and Urban Development Minister Asghar Fakhrieh-Kashan told the semi-official Fars news agency.

IranAir has previously signed a $16.6 billion contract with Boeing for the sale of some 80 passenger planes and a $10 billion deal with Airbus for the sale of 100 jetliners, however, the sanctions against Iran would cancel those deals. The European corporation may be impacted because some components of its aircraft are manufactured in the US.

© AP Photo / Vahid Salemi
Hundreds Protest in Tehran Against Trump's Decision to Withdraw From Iran Nuclear Deal
The situation is uncertain, as on Tuesday president Donald Trump stated, that the US pulled out of the Iranian nuclear deal, also announcing that he would re-impose the highest level of economic sanctions against Tehran, urging other countries to follow this decision. However, Russia, China, UK, France and Germany insisted on saving the nuclear deal and confirmed their commitment to the agreement.

According to the Wall Street Journal, Donald Trump looked at options to prevent or cancel deals between Tehran and two aircraft corporations last December. The Trump administration was concerned that Iran could use the new passenger airliners to ferry weapons and military personnel, including to its allies in Syria.