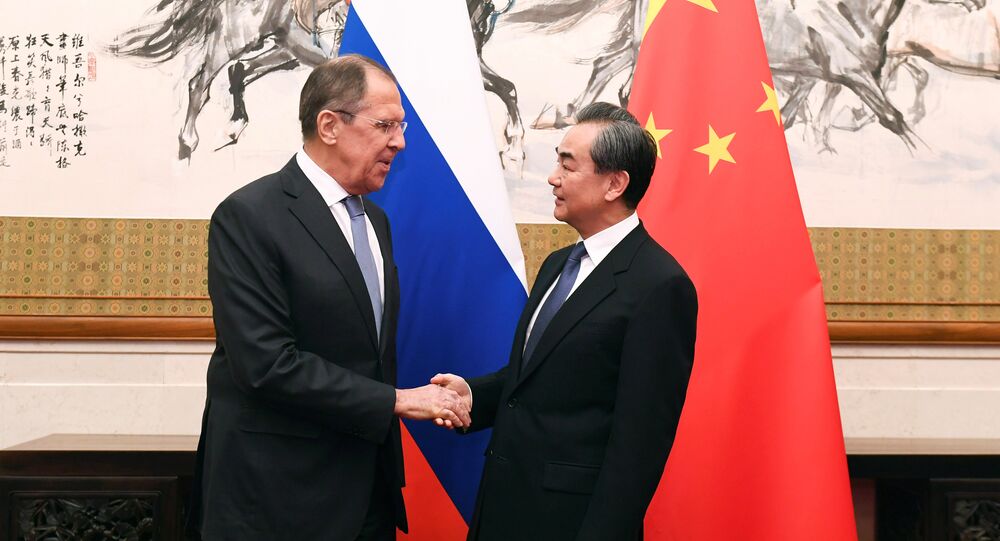 BEIJING (Sputnik) - Trade between China and Russia might exceed $100 billion in 2018 due to the consistent recovery of the Russian economy and growing market demand, Chinese Commerce Ministry spokesman Gao Feng said at a briefing on Thursday.

"The bilateral trade between Russia and China might surpass $100 billion in 2018, according to the data of the Chinese General Administration of Customs. In the first four months of this year, the trade between China and Russia totaled $31.2 billion, which is a nearly 30 percent increase, compared to the corresponding period in 2017… The consistent stabilization of the Russian economy and growth of market demand are among the main reasons for this," Gao said.

According to Gao, China's exports to Russia increased by 21.1 percent in January-April year-on-year.

The spokesman also noted the expanded Chinese-Russian cooperation in the fields of investment, aerospace, construction, as well as in infrastructure projects.