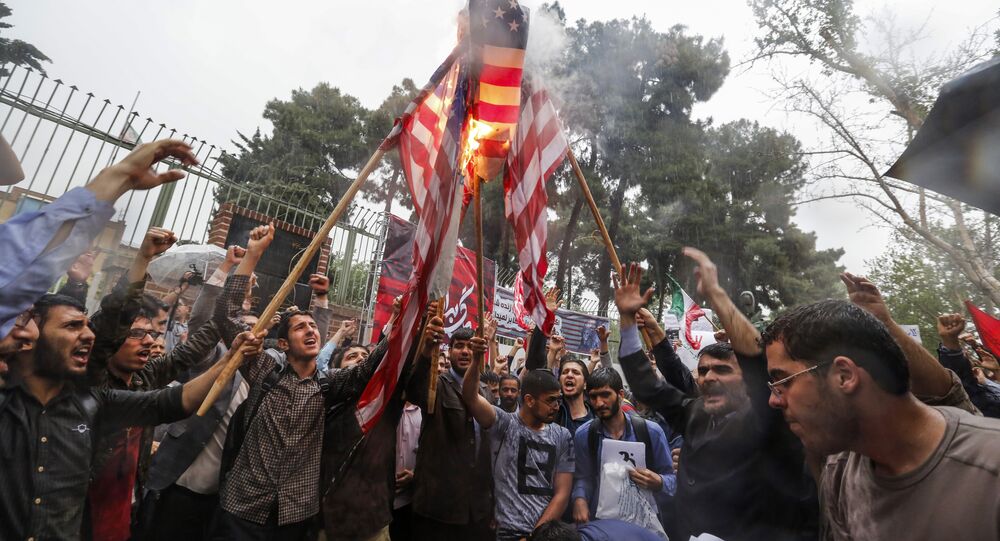 With US President Donald Trump announcing the decision to withdraw from the Iran nuclear deal, people around the world are left wondering about what’s going to happen next, and how the parties involved in the making of this agreement might attempt to salvage the situation.

As the United States walks away, the rest of the P5+1 countries and Iran decide to preserve the agreement.

© AFP 2021 / ATTA KENARE
US Exit From Iran Nuclear Deal Ignites Global Backlash
Iranian President Hassan Rouhani said on Tuesday that Tehran was not going to withdraw from the JCPOA, while Russian Foreign Minister Sergei Lavrov said that Russia would also abide by the agreement.

While it may allow Iran to continue trading with Russia, China and Europe without any restrictions, the US may attempt to impose sanctions against Tehran’s trading partners in order to sway their opinion and force them to withdraw from the agreement as well.

New Deal, Same as the Old Deal (Minus US)

The EU, Russia and China may attempt to create a separate agreement with Iran on the latter’s nuclear program.

However, such an initiative would likely be vulnerable to economic pressure from the United States, not to mention that the latter is a permanent member of the UN Security Council and may block any UNSC resolutions on the issue.

US National Security Adviser John Bolton has already expressed hope that the European Union would return the anti-Iran sanctions after the United States does the same.

No Russia, No Problem?

Alternatively, the United States and its allies may, in theory, attempt to forge a new agreement with Iran in a bid to find a sustainable solution for the country’s nuclear program without involving countries that don’t see eye to eye with Washington on this matter, like Russia and China.

However, UK Foreign Secretary Boris Johnson warned that any such agreement “must necessarily include Iran, China and Russia, as well as states in the region.”

Also, former US Secretary of State Hillary Clinton pointed out that by pulling out of the JCPOA, Donald Trump dealt a severe blow to the United States’ credibility, and that it would be very difficult to get Iran to the negotiating table again.

All Bets Are Off

The US withdrawal from the deal and inevitable implementation of new sanctions will prompt Iran to declare the agreement breached and withdraw from it as well.

This move will effectively remove any restrictions imposed on the Iranian nuclear program and may allow Tehran to freely attempt to develop nuclear weapons.