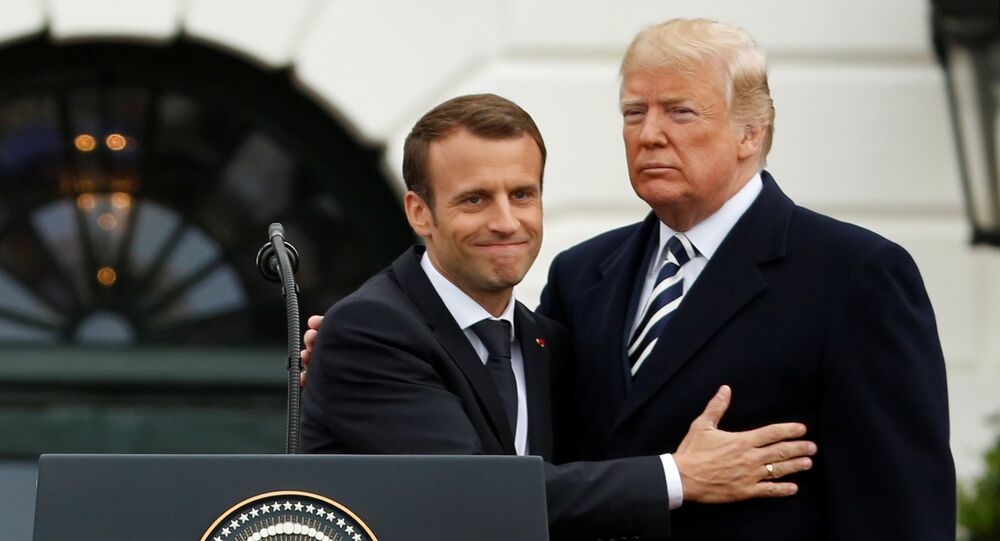 The New York Times said earlier in the day that US President Donald Trump had told his French counterpart Emmanuel Macron that the US would leave the international nuclear agreement with Iran and reinstate all sanctions against the Middle Eastern country.

However, Emmanuel Macron's office told Reuters later that Donald Trump had given the French leader no indication about his plans on the Iran nuclear deal.

Commenting on the report, a senior White House official said that Trump didn't tell his French counterpart "those things."

At the same time, NBC News said earlier in the day that Trump was expected to announce that he would allow sanctions against Tehran. The outlet also noted that it could take months to put the new sanctions in place because the US government would need to develop guidance for companies and banks.

Trump is set to officially announce his decision Tuesday afternoon.

Trump has repeatedly criticized the Iran nuclear agreement as one of the worst deals in history.

© AFP 2021 / JOE KLAMAR
Top 5 Facts About the Iranian Nuclear Deal
The foreign ministers of Germany, the United Kingdom and France have issued a joint statement saying their countries will stay in the JCPOA even if the United States pulls out of it.