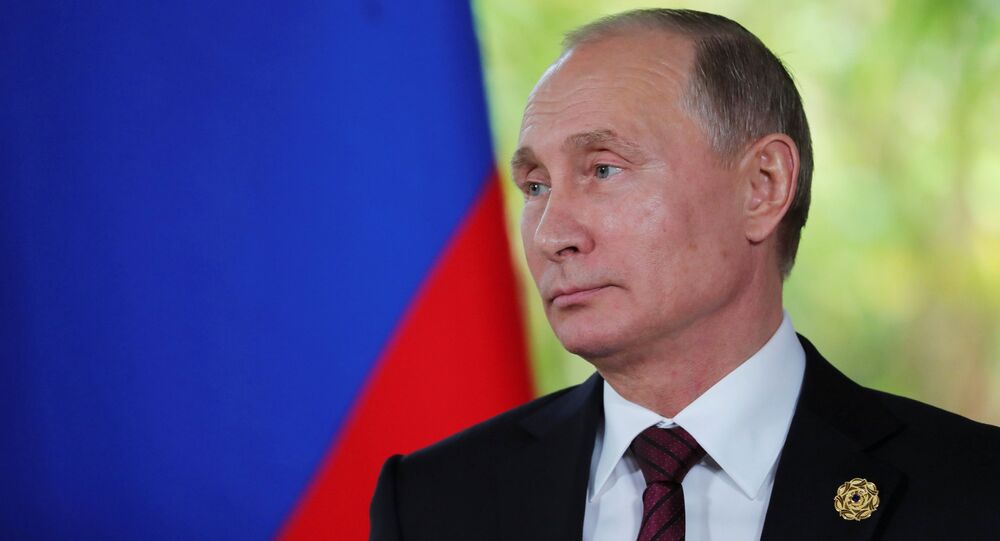 The majority of respondents in Italy, Germany and France said they consider Russian President Vladimir Putin to be the most powerful world leader, with US President Donald Trump enjoying similar support in the United States and the UK, but coming in second in continental Europe.

During an opinion poll conducted by the French Institute of Public Opinion (IFOP), over 5,000 respondents from Europe in the United States were asked the following question: "Whom do you consider to be the most powerful leader in the world right now?" 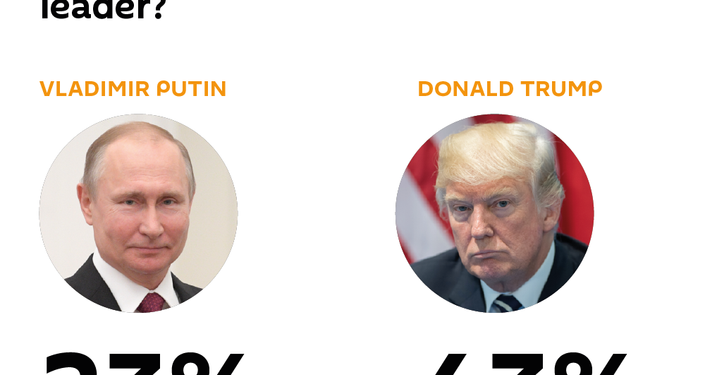 © Sputnik
USA: Who in your estimation is currently the strongest leader?

Chinese President Xi Jinping ranked third in terms of popularity among the respondents, with 19 percent of Germans and 17 percent of Frenchmen choosing his name as their answer.

© REUTERS / Philippe Wojazer
Back to Proper Format: German Politicians Want to Invite Putin to G7 Summit
German Chancellor Angela Merkel, who in 2015 made a fateful decision by welcoming a massive influx of refugees from the Middle East into Europe, garnered the sympathy of 13 percent of Italian and 12 percent of German respondents, with less than 10 percent of British, American and French respondents echoing this sentiment.

Only 5 percent of Frenchmen and 2 percent of Americans mentioned French President Emmanuel Macron, with 1 percent of respondents in each of the three other countries sharing their opinion.

Likewise, only 7 percent of British and 5 percent of American respondents named UK Prime Minister Theresa May as the world’s most powerful leader.

© Sputnik
Britain: Who in your estimation is currently the strongest leader?

The survey was conducted among 5,029 respondents from France, Germany, Italy, Britain and the United States. All of the respondents were at least 18 years old, and the margin of error did not exceed 3.1 percent.