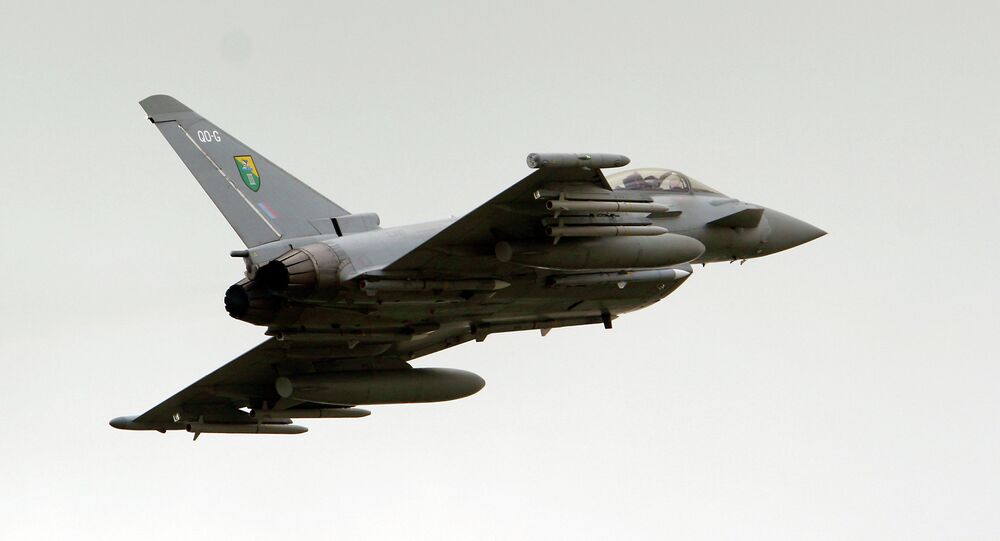 The Royal Air Force said on Friday that RAF Typhoons had been scrambled to intercept a Russian warplane approaching NATO airspace over the Black Sea.

According to a tweet by the RAF, the British fighter jets — stationed in Romania — were "launched as a response to a Russian Il-20 Coot aircraft operating near NATO airspace over the Black Sea."

RAF warplanes are based in the Eastern European country as part of a NATO mission to protect the region from alleged "Russian aggression." Russian Foreign Minister Sergei Lavrov described the allegations as "absurd and absolutely unfounded."

RAF Typhoons based in Romania have been launched as a response to a Russian Il-20 Coot aircraft operating near @NATO airspace over the Black Sea. #WeAreNATO pic.twitter.com/C71MqaKGCW

"The Russian military jets were flying over the western Black Sea and were monitored by the Typhoons in accordance with the NATO Enhanced Air Policing (EAP) mission the RAF are conducting in Romania," the RAF said in a statement.

© Sputnik / Russian Defence Ministry
Israel Wants to Prevent Russian S-300 Systems' Supplies to Syria - Ex-Defense Minister
"The IL-20 Coot was tracked as it departed North East but the aircraft did not come within visual range of each other."

The RAF announced earlier on Tuesday that NATO had given RAF Eurofighter Typhoons based in Romania the green light to carry out air patrols over Romania.

Paul Brummel, the UK Ambassador to Romania, said at a ceremony held at Mihail Kogalniceanu Air Base in Southern Romania that "such air policing missions ensure we would be able to rapidly and efficiently tackle any potential aggression or threat against the Alliance or its members."

"Furthermore, this year's mission at [the base] has a special meaning, since it marks 100 years since the establishment of the Royal Air Force." Brummel said.

The Russian Ilyushin IL-20 — known as the Coot among NATO staff — is a large airliner based on the Il-18 which has dominated Russian and Eastern European skies for the last half century.

It has a reputation as one of the most durable aircraft in the world and has remained in service since the Soviet era.