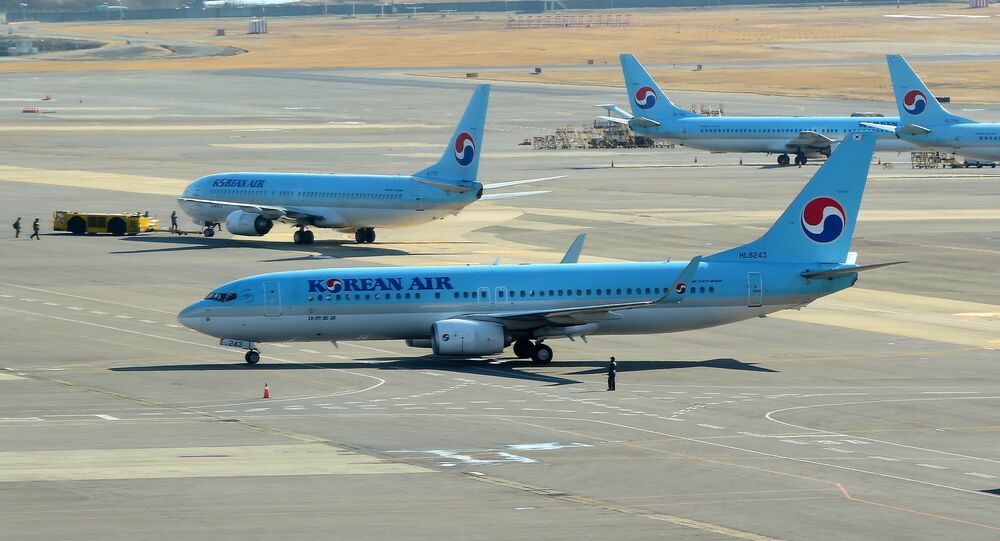 MOSCOW (Sputnik) - Officials from the International Civil Aviation Organization (ICAO) are expected to travel to North Korea next week to discuss Pyongyang's request to establish a new flight route from the North Korean capital to the city of Incheon in South Korea, the ICAO said in a statement on Friday.

"ICAO's Asia and Pacific Regional Director, Mr. Arun Mishra, will be conducting a joint mission with ICAO’s Director of Air Navigation Bureau, Mr. Stephen Creamer, to the DPRK next week, where this [North Korea’s] request will be further discussed among other air navigation and safety matters," Anthony Philbin, the chief of communications of the ICAO, said in an emailed statement.

© AP Photo / Ding Lin
Seoul, Beijing to Cooperate to Achieve Peace Treaty Between Koreas
According to the statement, ICAO's Asia and Pacific Regional Office in Bangkok received a letter from the General Administration of Civil Aviation of North Korea in February, conveying a proposal for the establishment of a new Air Traffic Service (ATS) route between the Pyongyang Flight Information Region (FIR) and the Incheon FIR in South Korea.

The ICAO said the Korea Office of Civil Aviation (KOCA) in South Korea expressed its willingness to facilitate and support further discussions.

READ MORE: US, North Korean Negotiations Must Overcome History of ‘US Reneging on Promises'

Inter-Korean relations warmed significantly since the beginning of the year after North Korean leader Kim Jong Un expressed his willingness to hold dialogues with South Korea. Leaders of the two Koreas held a historic summit in late April, reaching consensus on deepening bilateral exchanges and cooperation.

Tokyo to Host Summit With Chinese, South Korean Top Politicians on May 9