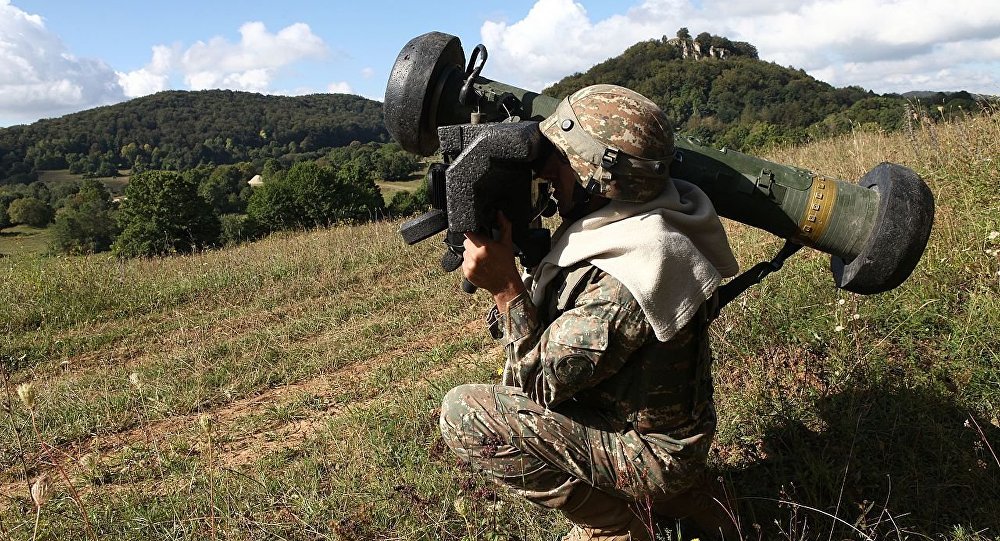 On April 30, a State Department spokesperson told Sputnik that the US Javelin anti-tank missile systems had been delivered to Ukraine.

Writing on his Twitter page on Saturday, former Pentagon official Michael Carpenter pointed out that "no one should fool themselves into thinking that Javelin missiles are a game-changer [for Ukraine]."

"Javelins are useful weapons that will have a limited deterrent effect, but they won't fundamentally change the warfighting capabilities of the Ukrainian military," Carpenter, who currently serves as the senior director of the Biden Center for Diplomacy and Global Engagement at the University of Pennsylvania, underlined.

READ MORE: Germany Skeptical About US Plans to Provide Ukraine With Lethal Arms

He recalled in a separate tweet that Kiev is paying for the Javelin missiles, which is why "it would be far better in the long run if Ukraine reformed its defense industry (i.e., made it more transparent and less susceptible to corruption) so it could produce anti-tank weapons itself."

According to Carpenter, the Ukrainian military's command structure should be reformed in line with NATO standards, with "urgent attention" due to be paid to "the training and readiness of Ukraine's troops.

At the same day Poroshenko announced the beginning of the operation of the joint forces in the #Donbass,#Ukraine media said that the #US State Department confirmed that anti-Tank Missile systems JAVELIN were delivered to #Ukraine. pic.twitter.com/3DvYXCC8jL

In an interview with Sputnik earlier on Saturday, a State Department spokesperson said that "we have delivered them," referring to the US supply of Javelin systems to Ukraine.

READ MORE: Analyst: US Anti-Tank Weapons in Ukraine Could Cause 'Serious Escalation'

In early March, the US Department of State signed off on a $47 million sale of shoulder-fired Javelin anti-tank missiles requested by Ukraine.

In November 2017, the US Senate and House Armed Services Committees agreed on a new draft defense budget, which stipulates allocating $350 million for "security assistance to Ukraine, including defensive lethal assistance," which could consist of anti-tank weapons and possibly anti-aircraft arms.

© AP Photo / Efrem Lukatsky
Ukraine Civil War's Ugly Scars: Kiev's Soldiers Kill Each Other in Donbass
Russia has repeatedly warned against supplying weapons to Kiev, saying that it may lead to an escalation of the military conflict in eastern Ukraine's Donbass region ongoing since 2014, a stance that has also been supported by an array of EU officials.

In April 2014, Kiev staged a military operation against the self-proclaimed republics in Donbass, which refused to recognize the new Ukrainian government that came to power in what they believed to be a coup.

In February 2015, the conflicting sides signed the Minsk Protocol to end the fighting, but the situation remains tense with both parties accusing each other of ceasefire violations.