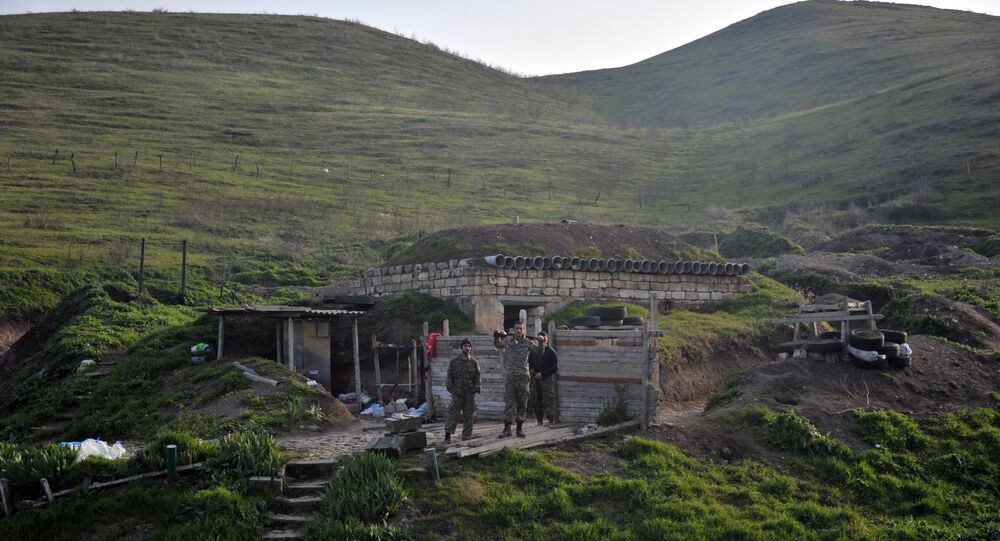 BAKU (Sputnik) - Azerbaijani lawmaker Gudrat Hasanguliyev warned on Tuesday that the situation in Armenia might turn into a civil war and insisted that Baku should use the opportunity to return the breakaway region of Nagorno-Karabakh.

Armenia has been engulfed in a political crisis since April, when Serzh Sargsyan, who previously served as president for two terms, was appointed prime minister. Sargsyan's appointment, viewed as his attempt to stay in office, led to large-scale anti-government protests, which resulted in his resignation. The Armenian parliament is currently addressing the issue of a new prime minister's election and considers the candidacy of Armenian protest leader Nikol Pashinyan.

"We should take a decision and use in a timely manner the opportunity to liberate our territories. As it is expected that there will be a civil war in Armenia in the near future. We should monitor the situation attentively," Hasanguliyev was quoted as saying by the Azeri-Press Agency (APA).

The lawmaker has also suggested that a special meeting of the country's parliament should be held in order to discuss the developments in neighboring Armenia.

Earlier in the day, the Defense Ministry of the unrecognized Nagorno-Karabakh Republic said that since April 30 the Azerbaijani forces had been increasing their presence on the contact line. The ministry added that the units of the Karabakh armed forces monitored the developments and maintained complete control of the situation.

© Sputnik / Karo Saakian
No Results From Karabakh Talks, Tensions Growing - Azerbaijan Defense Minister
The conflict in Armenian-dominated Nagorno-Karabakh started in 1988 with the autonomous region announcing its secession from the Azerbaijan Socialist republic. In 1991, the region proclaimed independence from Azerbaijan and the creation of the Nagorno-Karabakh Republic. This move triggered a military conflict, which led to Baku losing control over the region.

The warring sides agreed to a cessation of hostilities in 1994. The violence escalated again in 2016, leading to multiple casualties on both sides. The sides soon reached a ceasefire but clashes continued.