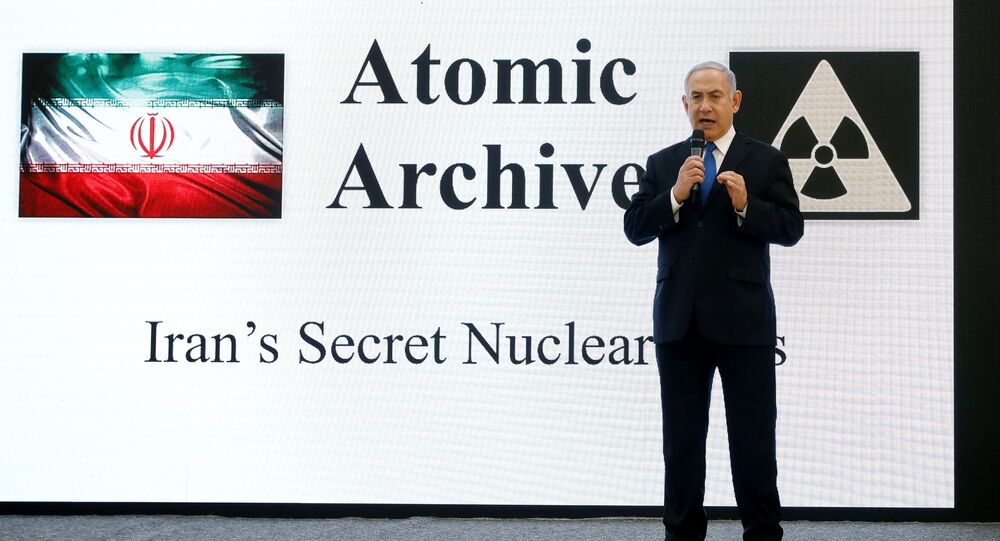 Tehran has rejected the latest allegations made by Israeli Prime Minister Benjamin Netanyahu that the Iranian nuclear program ostensibly had a military dimension.

Netanyahu's statement on the Iranian nuclear program was orchestrated and made public in order to obtain the relevant reaction from US President Donald Trump related to the Iran nuclear deal, also known as the Comprehensive Plan of Action (JCPOA), RIA Novosti reported, citing the Belgian radio station Bel-RTL.

"What Netanyahu seeks is to prompt him [Trump] to withdraw from the [Iran nuclear] deal," according to Bel-RTL.

Commenting on the Israeli Prime Minister's remarks earlier in the day, Iranian Deputy Foreign Minister Abbas Araqchi pointed out that "what we saw from Netanyahu was nothing but a childish and ridiculous show."

Araqchi blamed Netanyahu for attempts to affect Trump's planned forthcoming decision on the JCPOA, stressing that Tehran is ready for any scenario related to the future of the agreement.

He was echoed by Iranian Foreign Minister Mohammad Javad Zarif, who rejected Washington's and Tel Aviv's allegations that Tehran continues its efforts to obtain a nuclear weapon.

Earlier, Netanyahu claimed that even after signing the JCPOA, which was meant to ensure the peaceful nature of Iran's nuclear program, Tehran allegedly continued to keep and develop its nuclear weaponry "know-how" for future use.

READ MORE:Trump Says He Would Not Rule Out Negotiating New Iran Deal

US President Donald Trump has repeatedly expressed his dissatisfaction with the JCPOA and in late January 2018, he intensified his rhetoric, asking Congress to address the flaws in the "terrible Iran nuclear deal" and threatening to pull out of it otherwise. Trump is expected to announce his decision on the JCPOA by the May 12 deadline, whether or not he imposes new economic sanctions against Iran.

© AFP 2021 / ATTA KENARE
US Quitting JCPOA Could Hurt Its Reputation Rather Than Iran Deal - Analysts
The Russian Foreign Ministry, for his part, signaled its readiness to adhere to the JCPOA provisions as long as other signatories do. Russia also underscores that it does not believe the deal needs to be changed.

The JCPOA was inked by the EU, Iran and the P5+1 group, including Russia, China, France, Britain, the US and Germany, on July 14, 2015. The deal stipulates Tehran pledging to not seek to develop or acquire nuclear weapons in exchange for the lifting of sanctions imposed against the Islamic Republic.