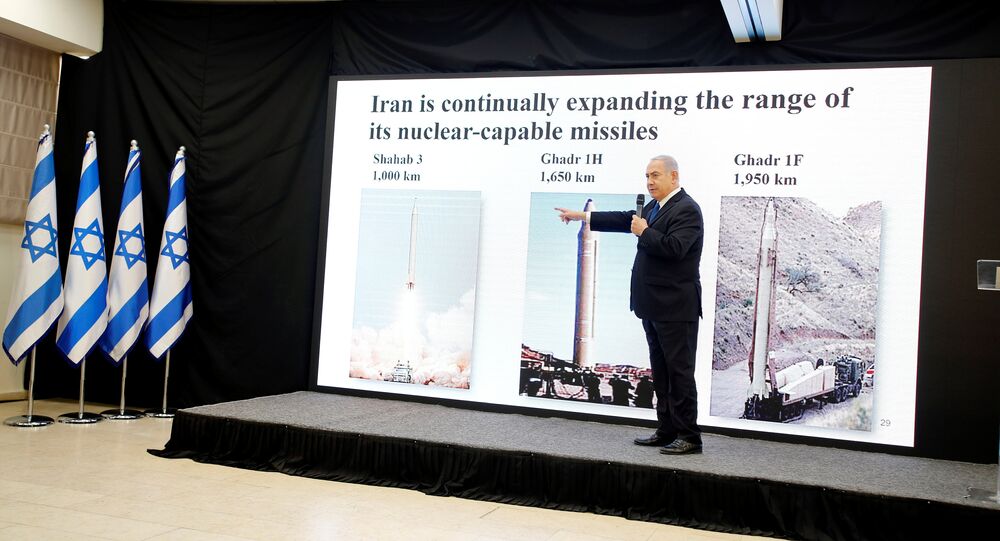 Prime Minister Benjamin Netanyahu has said that the Israeli intelligence had obtained thousands of documents proving that Iran violated its commitment to maintaining a peaceful nuclear program and kept secretly developing a nuclear weapons program.

The permanent Russian representative to the UN in Vienna, Mikhail Ulyanov, said it is necessary to authenticate Israel's documents concerning the Iran nuclear deal, which suggest that Tehran had lied about its compliance with the terms of the JCPOA (the Joint Comprehensive Plan of Action) and the peaceful nature of its nuclear projects.

The representative went on to stress that there's no need to convene the members of P5+1 group of countries in the light of Israel's revelations, adding that the International Atomic Energy Agency (IAEA) should scrutinize the documents first.

"Unfortunately, as judged by the comments coming from Washington, some American politicians were able to analyze 100,000 documents within the shortest possible time and render a verdict unfavorable for Iran. Neither Russia nor the IAEA has ever made such hasty judgments hurriedly, and I think they will make them," Ulyanov stressed.

US State Secretary Mike Pompeo has said that Washington believes that the documents presented by Israel are authentic and President Trump has claimed he didn't rule the withdrawal from the JCPOA. The French Foreign Ministry, in turn, said that the deal should be maintained despite the revelation of the new documents.

© AFP 2020 / BEHROUZ MEHRI
Experts Explain What Will Happen If US Pulls Out of Iran Nuclear Deal
Meanwhile, a high-ranking Israeli source told Sputnik Prime Minister Benjamin Netanyahu has informed Russian President Vladimir Putin of the new information about the Iranian nuclear program and proposed that Russia send a working group to examine the materials.

An Israeli government spokeswoman also told Sputnik that Germany, the United Kingdom and France will soon send teams of experts to Israel to examine information on Iran’s nuclear program.

Israel's revelation came amid a spike in tensions over the JCPOA at the international arena. Donald Trump, who has been an opponent of the deal, has threatened to withdraw from the agreement if its "flaws" are not amended. The final decision is expected to be announced on May 12.

The JCPOA was signed on July 14, 2015, by the P5+1 group of countries and Iran. The agreement stipulated a gradual lifting of anti-Iranian sanctions in exchange for Tehran curbing its nuclear program and allowing inspections to ensure that the nature of the program is peaceful.

From Money Loss to New Conflicts: What May Happen if Trump Rips Iran Deal Up