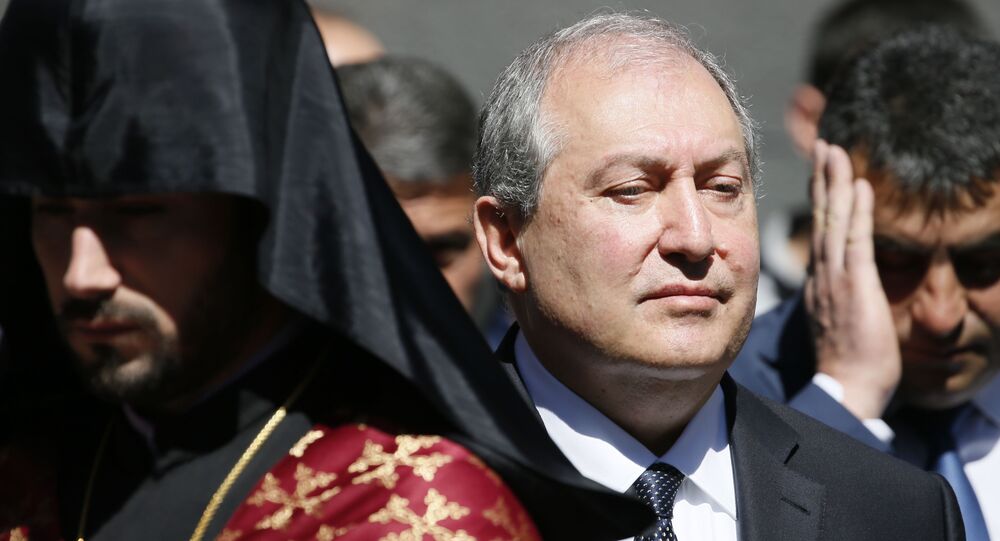 WASHINGTON (Sputnik) - The United States announced that it supports efforts undertaken by Armenian President Armen Sarkissian to encourage dialogue with all parties amid an ongoing political crisis in the country, US State Department spokeswoman Heather Nauert said.

"We support the ongoing efforts of the Office of President Sarkissian to facilitate dialogue between all parties. We continue to commend the peaceful nature of the demonstrations, and trust that the security forces and those exercising their right to peaceful protest will remain committed to non-violence in the days to come," Nauert said in a statement.

© REUTERS / Gleb Garanich
Armenia's Ruling Party Withdraws Prime Minister Candidate
She also stressed that Washington continued monitoring the situation in Armenia and called on the parties to engage in talks on the formation of a new government in accordance with the country's constitution, according to the statement.

The protests in Armenia began in mid-April as the opposition saw former President Serzh Sargsyan's nomination for the position of the prime minister after his two presidential terms as an attempt to hold on to power. On Monday, Sargsyan stepped down, with Armenian First Deputy Prime Minister Karen Karapetyan assuming the position of acting prime minister.