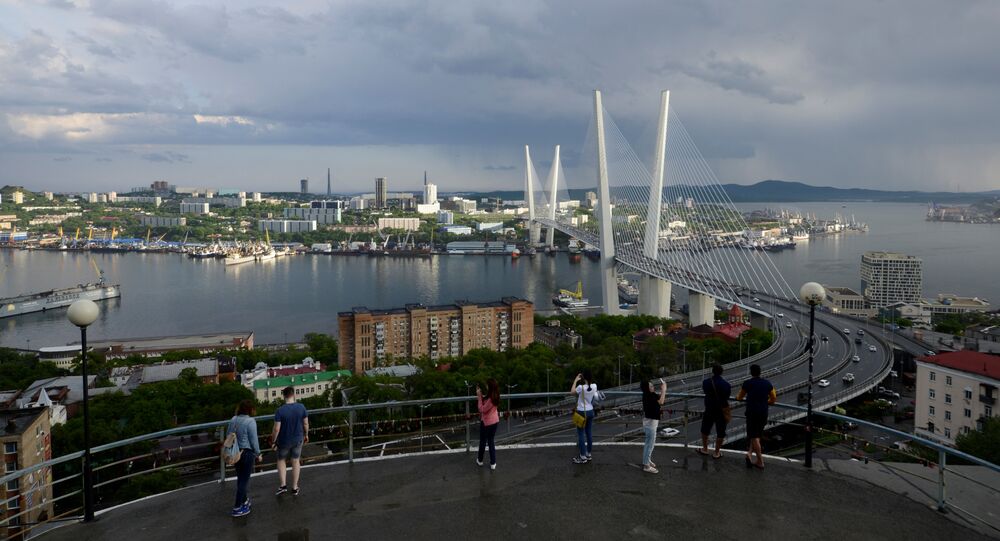 With US President Donald Trump promising to meet North Korean leader Kim Jong-un "in the coming weeks," the location of the summit has yet to be announced, leaving space for speculation.

The South Korean TV channel YTN cited a diplomatic source as saying that a possible summit between US President Donald Trump and North Korea's leader Kim Jong-un may take place in Vladivostok or Khabarovsk in the Russian Far East.

The source said that while Singapore remains the most preferable option for the United States, Pyongyang would like to pick a not-so-remote location that could be reached by railway rather than plane.

North Korea's location of choice could be the Russian city of Vladivostok, the source said, claiming that it was in Vladivostok that the Russian S-400 missile systems were deployed to potentially repel US attacks.

This is why the summit may instead take place in Khabarovsk, another Russian Far Eastern city, according to YTN.

Earlier, Singapore's Prime Minister Lee Hsien Loong said that the local authorities had not received an official request from Washington or Pyongyang to hold a summit in his country.

He did not rule out that such agreements could have been concluded between the US and the DPRK, but he doubted that the parties "came to a final decision" regarding the summit's location.

CBS News in turn reported that "Mongolia and Singapore are the final two sites under consideration for the upcoming summit between President Trump and North Korean leader Kim Jong-un."

Just had a long and very good talk with President Moon of South Korea. Things are going very well, time and location of meeting with North Korea is being set. Also spoke to Prime Minister Abe of Japan to inform him of the ongoing negotiations.

Trump has, meanwhile, tweeted that he had held talks with South Korean President Moon Jae-in and that the details of his meeting with the North Korean leader are still being discussed.

Earlier, Trump told a press conference after speaking with German Chancellor Angela Merkel that he "will be meeting with Kim Jong-un in the coming weeks." The remarks came a few days after Trump announced that high level talks had taken place between CIA Director Mike Pompeo and Kim Jong-un in North Korea.