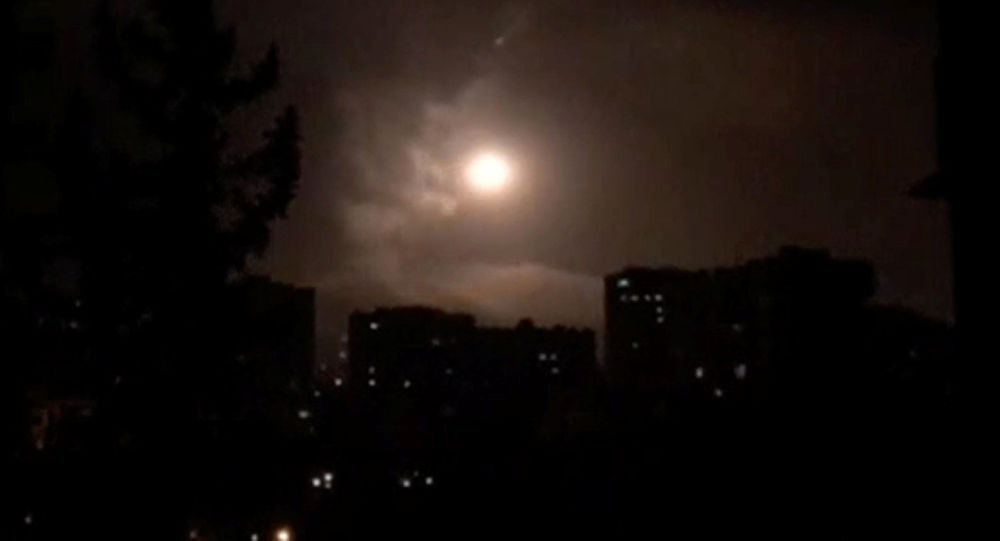 WASHINGTON (Sputnik) - US President Donald Trump said during an arrival ceremony at the White House on Tuesday for President Emmanuel Macron that he appreciated the partnership of the French in recent strikes on Syria.

"Along with our British friends, the United States and France recently took decisive action in response to the Syrian regime’s use of chemical weapons. I want to personally thank President Macron, the French military and the French people for their steadfast partnership. They were absolutely incredible," Trump said.

© REUTERS / Kevin Lamarque
Macron's Remark Hailing France's, US' "Particular Responsibility" Roasted on Twitter
The United States, the United Kingdom and France carried out strikes on Syria on April 14 following reports of a chemical weapons attack in the Damascus suburb of Duma, which they believed was carried out by the Syrian government.

Damascus has refuted the accusations, saying that the chemical attack was staged, and condemned the Western strikes.

For his part, Macron said together the United States and France will defeat terrorism and counter the proliferation of weapons of mass destruction.

Macron is the first foreign official to be welcomed with a state visit to the White House since Trump took office in January 2017.

Trump, Macron Explore How to Increase Cooperation in Syria