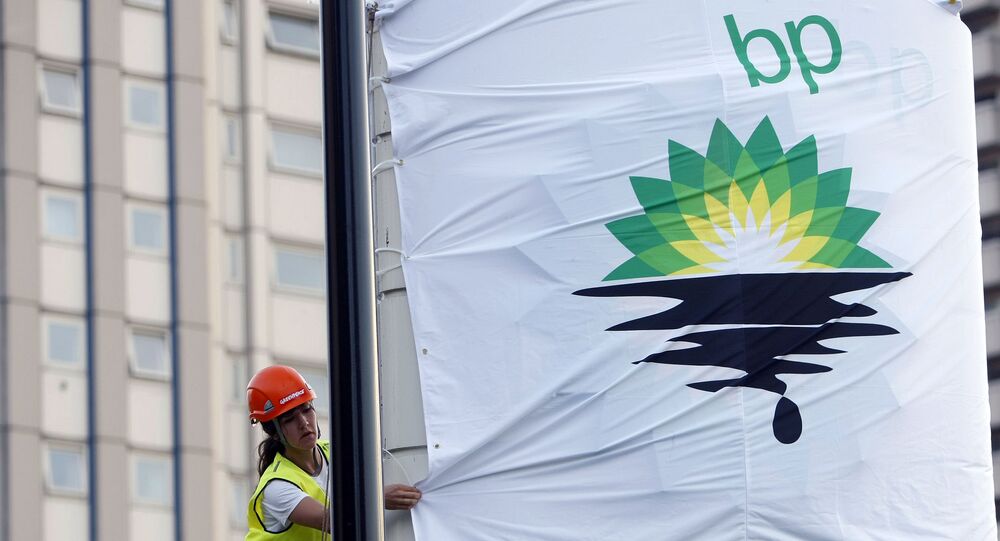 "I don’t apologize for BP working in Russia, we’ve got a good relationship there and we stay within the sanctions. We have a very strong partnership with Rosneft, we have for years and we work and stay out of politics," Dudley said during the International Petroleum Summit in London.

Bob Dudley went on to say that BP is in compliance with the US' restrictive measures but added he doubts that sanctions against Russia are constructive.

"I’m not sure how constructive these are, they kind of get handed out like train tickets," Dudley pointed out, adding that the restrictions force BP "to give up opportunities in Russia and other places."

Senior leaders from international energy companies, including BP, Eni, Total, Shell, and ExxonMobil are currently in London at the International Petroleum Summit to discuss the future of the petroleum industry as well as challenges presented by shale and blockchain technologies.

© AFP 2021 / ATTA KENARE
De-Dollarization in Action: Oil Exporters Ditching Dollar, Switching to Other Currencies
The annual three-day event is being attended by some 4,300 global energy representatives from 110 countries, members of the Association of International Petroleum Negotiators (AIPN), the organizer of the summit.

The major part of the summit is being dedicated to several important topics, such as the future of the energy and petroleum industry, the prospects of shale oil by 2025 and the evolving role of blockchain technologies.