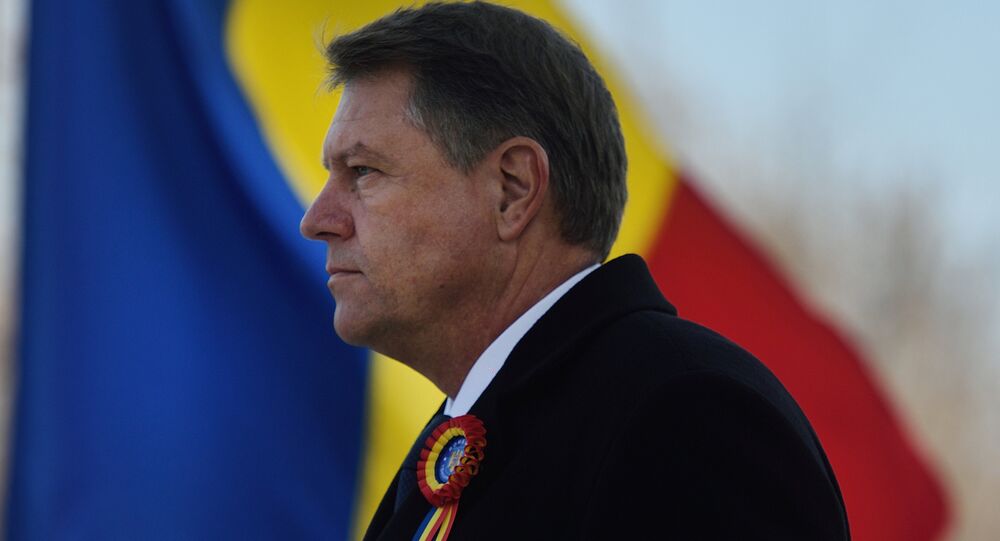 CHISINAU (Sputnik) - Romanian President Klaus Iohannis said that EU countries will not relocate their embassies in Israel from Tel Aviv to Jerusalem until Israel and Palestine do not agree on the status of the holy city.

Last week, President of Romanian Chamber of Deputies from the ruling Social Democratic Party Liviu Dragnea said that Romania sought to move its embassy from Tel Aviv to Jerusalem, with the relevant memorandum already approved by the government.

"The European Union — and we also belong to the European Union — follows a clear line of conduct on this issue: no one from the EU will move the embassy from Tel Aviv to Jerusalem until the parties agree on the status of the city," Iohannis said Monday as quoted by the Digi 24 broadcaster.

© AFP 2020 / THOMAS COEX
Following US Footsteps: Honduras National Congress Approves Embassy Relocation to Jerusalem
He stressed that third parties have no right to instruct Israel or Palestine how to divide Jerusalem.

In December, US President Donald Trump announced his decision to recognize Jerusalem as Israel's capital and instructed the US State Department to launch the process of moving the US Embassy, currently located in Tel Aviv, to Jerusalem. The step has prompted criticism from a number of states, especially those in the Middle East and Palestine, and triggered a wave of protests in the region.

Tel Aviv Presses Prague to Move Its Embassy to Jerusalem

Twitter Enraged Over 'Expel or Kill' Anti-Arab Graffiti in Jerusalem