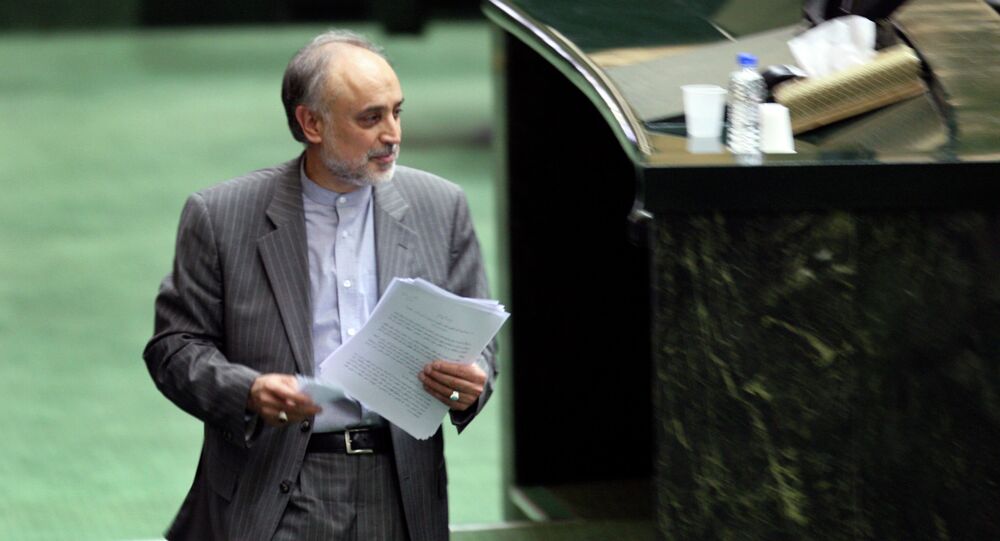 Iranian nuclear chief Ali Akbar Salehi cautioned on Saturday that the Islamic Republic will "startle" the US with its response readiness should Washington decide to withdraw from the Iran nuclear deal.

Salehi, Head of the Atomic Energy Organization of Iran (IAEA), told reporters that if the US pulls out of the Joint Comprehensive Plan of Action (JCPOA), Tehran is ready to respond with a number of options, including those that involve promptly resuming its nuclear activities.

The Islamic Republic is capable to resume enriching uranium to the 20-percent level in four days in case the withdrawal takes place, he said.

"We hope that the other side makes a wise decision and avoids carrying out an action that would cause a nuisance for itself and others," Salehi said, as reported by Press TV.

He pointed out that Iran has repeatedly expressed hope that circumstances would never make it take "technical decisions" but stressed that "once the [Islamic] establishment decides, we are ready like an army to take action."

The Iranian nuclear chief also cautioned Europe against blindly following Washington's policies, saying that it would mean "Europe is not an independent body and is a satellite in the US political orbit."

READ MORE: 'Trump's Administration is Still Getting Its Act Together' — Professor

© Sputnik / Grigoriy Sysoev
‘Unpleasant for Americans’: Iranian Foreign Minister Vows Harsh Response if Trump Kills Nuke Deal
Department of State spokesperson Heather Nauert, for her part, said that the White House may announce a decision on the future of the JCPOA before the May 12 deadline, earlier set by President Donald Trump.

In January, the US President announced the extension of sanctions relief for Iran, given that the Islamic Republic was in line with the obligations set by the nuclear deal, inked by Brussels, Tehran and the P5+1 group of nations, including Russia, the US, China, France and the UK plus Germany, on July 14, 2015.