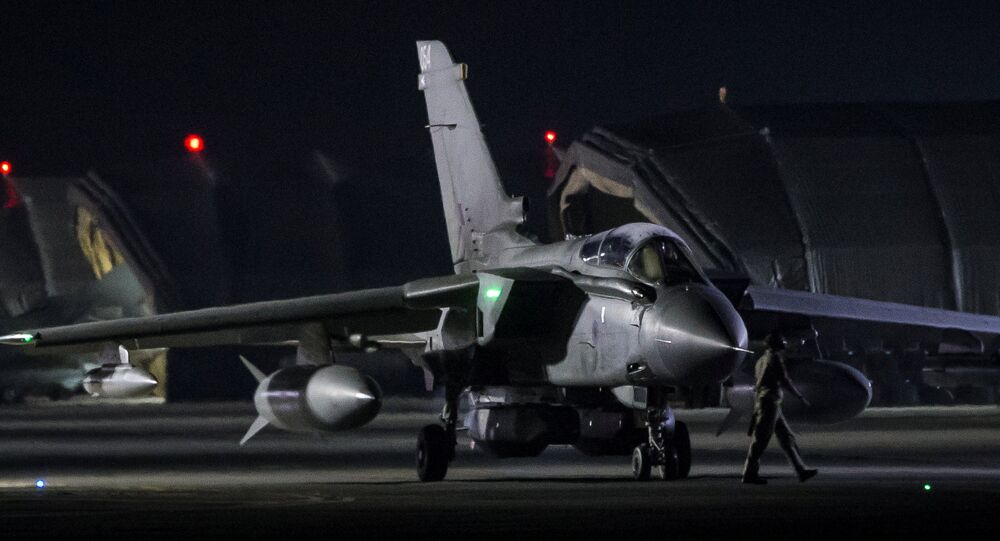 The UK ex-defense chief Lord Richards stated that the recent strikes on Syria were a “missed opportunity,” and urged Prime Minister Theresa May to send British troops to Syria "to stop" the civil war.

In an interview with BBC Radio, Lord Richards stressed that the West should establish a protection zone in the Syrian province of Idlib, which he thinks President Bashar Assad's forces will attack next.

According to Richards, UK troops should be deployed to Idlib "in a defensive mode."

© AP Photo / Michael Sohn
'Unconvincing Grounds': German Parliament Lawyers Brand US-Led Airstrike on Syria Illegal
Speaking about the recent US-led coalition airstrike on Syria he said, "It was the right thing to do, but I would have probably put a bit more effort into it though. I would have made it more punishing to ram home the requirement never to use chemical weapons again."

"You could have hit airfields, and other targets. This was designed to send a narrow lesson of punishment and not to risk any wider conflagration," he added.

"But the result is it's a lost opportunity to change the course of the war," Lord Richards stated.

The very claims about what the West considered a chemical attack were based on nothing but social media messages, as well as "evidence" provided by the notorious White Helmets NGO, often affiliated with terrorists. The White Helmets' footage has been proven fake by a boy whom the NGO forced to be filmed in exchange for food, his father, as well as a doctor in the hospital where the filming took place. Russia had warned in advance that such a provocation would take place "to justify" a strike on Syria. The Russian Defense Ministry has accused London of staging the false flag incident.

Total of 37% of Britons Oppose UK Joining Attack on Syria, 35% Back Op - Poll